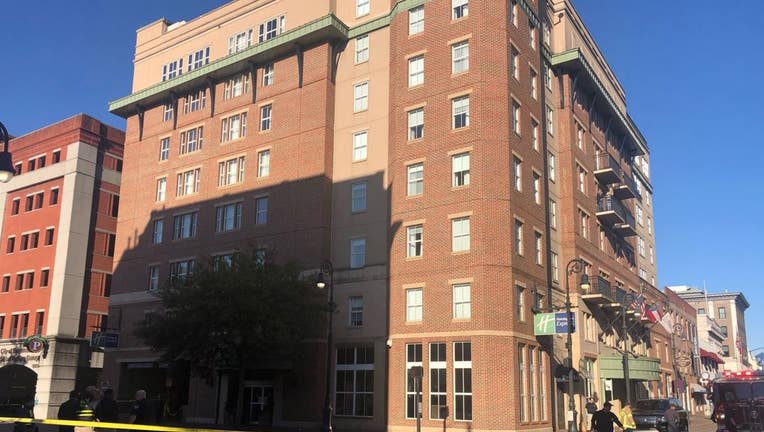 CHATHAM COUNTY, Ga. - The Georgia Bureau of Investigation responded to the scene of a deadly shooting involving law enforcement in Savannah.

Savannah police were called to the intersection of Oglethorpe Avenue and McDonough Street around 3:41 a.m. Sunday morning to investigate a fight between two men.

Officers found a man in all black clothing "talking irrationally and carrying a makeshift weapon" on nearby Abercorn Street. Investigators later identified the weapon as 13" sharpened spike with an improvised handle.

The man ignored officer's demands to put his weapon down.

Police walked towards the man as he began walking towards Bay Street. At some point the man, "resisted officers and swung his weapon toward an officer," authorities said.

Police tasered the man, but he then attacked an officer with a weapon, officials confirmed. "During the attack, another officer shot the man," the GBI said.

The man was taken to a nearby hospital where he later died as a result of his injuries. Officials did not immediately release the identity of the deceased.

No officers were injured, officials confirmed.

The GBI will continue to investigate.