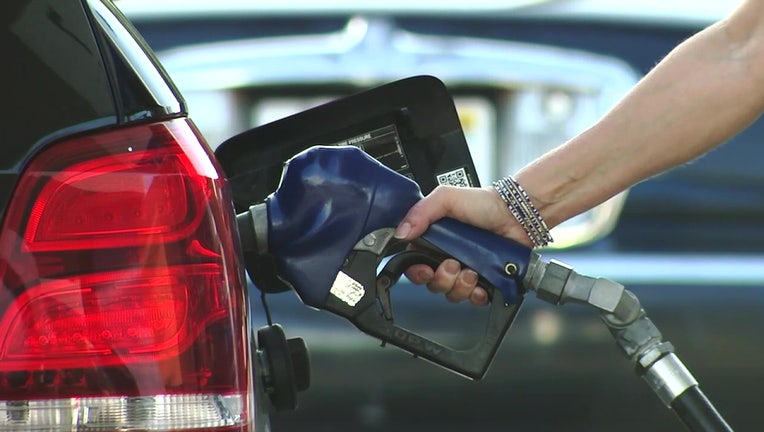 LAKE MARY, Fla. - FOX 35 started reporting last Friday about the potential for a run on gas as people prepare for Hurricane Ian to hit Florida.

Experts told us that people should buy enough to be prepared, but not over-buy, which could lead to gas stations running out of fuel. Unfortunately, that’s exactly what happened.

Tuesday, gas stations in Lake Mary had either lines so long they wrapped around the building and entered the street, or they’d run out of gas entirely.

Dennis and Karen Miltenburger were at their vacation home in Sarasota this week.

"My mistake – we came to visit our place and got blindsided. Now we’re down here visiting cousins. We’re hoping to stay with them during the storm, because our place is a mandatory evacuation," explained Dennis.

They tried to get gas in Lake Mary on the drive to their family’s house, but found themselves at a gas station with nothing to offer.

Brayden Nimmo says he got to work at the gas station around 2:00 and realized they were out of gas. He says he’s never seen anything like that.

"I saw the technician out there and I was pretty shocked because, ya know, we’re a gas station. We’re supposed to have gas," said Nimmo.

Parisa Farhani was livid when she got to the gas station and realized it was the second she’d been to that was out of gas.

Farhani says she’s from Iran and says even there, people don’t overreact to threats in this way.

There are some people who got lucky – Matt Maloy went to the gas station to get a drink, but his tank was full Tuesday.

"Yesterday at four or five o’clock, the line was like ridiculous, so I just went late at night, like ten or 11. It really wasn’t that dramatic."