LOS ANGELES - As crews worked to take down a large fire in South Los Angeles, a person with a garden hose was spotted trying to help the firefighters out.

The Los Angeles Fire Department responded to what was initially a literal dumpster fire in the 100 block of West 75th Street in Los Angeles Tuesday evening. The fire extended to the home's detached garage, threatening nearby structures, LAFD said.

As SkyFOX hovered over the scene, the guy with the garden hose was standing on top of the roof trying to take matters into his own hands. 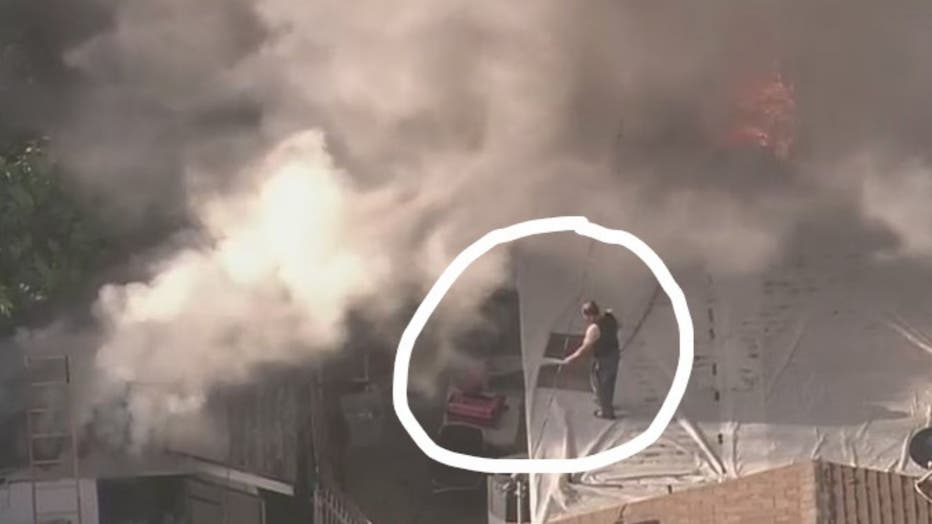 SkyFOX spotted a person standing on a roof trying to help firefighters take down a large blaze with what appeared to be a garden hose.

As of Tuesday night, it's unclear if the garden hose guy lives at the home or was a good Samaritan.

No one was hurt in the fire, LAFD said.