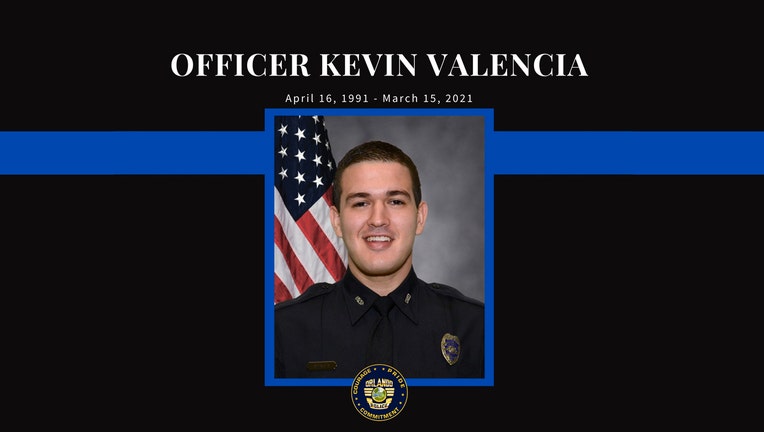 On Monday, March 15, 2021, the retired Orlando police officer passed from critical injuries obtained in the line of duty in 2018. He served the community for over seven years as a law enforcement officer. Officer Valencia fought for his life alongside his family for two years since responding to a call that resulted in his hospitalization. He was awarded a purple heart by the Orlando Police Department for his heroic response. 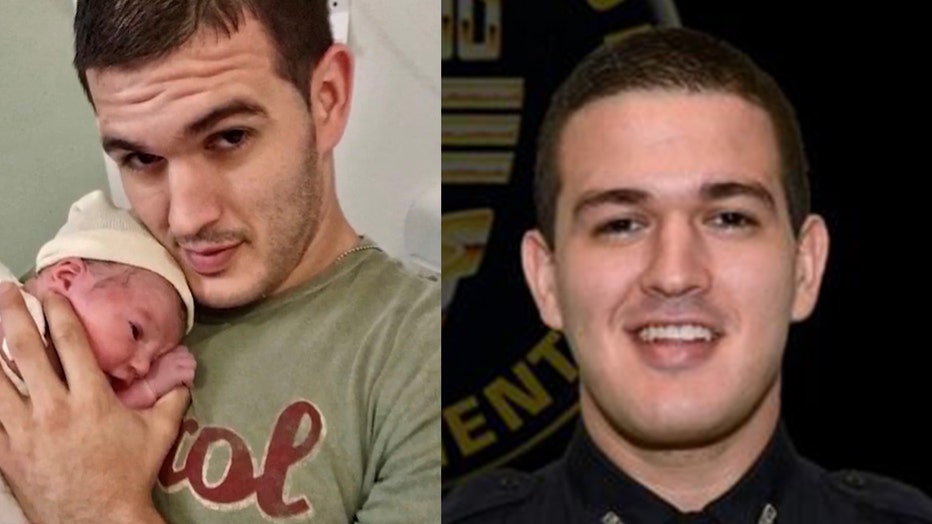 Before the Funeral: Mounted Patrol and the Riderless Horse

Just after 9:30 a.m., the hearse carrying Officer Valencia’s casket arrived outside First Baptist, Welcome Center B. Upon its arrival, the OPD Mounted Patrol performed a tribute where the unit, including a horse without a rider, ceremonially marched up to the hearse. After this tribute, the casket was carried into the church, where members of the OPD Honor Guard will keep watch.

The funeral included a eulogy, two special songs sung by Officer Gladys Justiniano, an agency message from Chief of Police Orlando Rolón, and expressions of reflection, love, and farewell by selected co-workers, friends, and family, including Officer Valencia’s wife, Meghan, and their son, Kaleb.

The funeral closed with a video tribute to Officer Valencia’s family and legacy.

After the funeral, the ceremony moved outdoors for a series of Special Honors. This included the following tributes:

The Special Honors ended when the casket was returned to the hearse.

After the funeral, the ceremony moved outdoors for a series of Special Honors.

A special procession escorted fallen Orlando Police Officer Kevin Valencia to where he will lay to rest.

Officer Valencia will be remembered for his selfless courage to protect the lives of others at the cost of his own.

To honor the memory of Officer Valencia and his service to our state, Florida Gov. Ron DeSantis has ordered that flags of the United States and the State of Florida be flown at half-staff at the Orange County Courthouse in Orlando, the City Hall of Orlando, and the State Capitol in Tallahassee from sunrise to sunset on Wednesday, March 24, 2021.