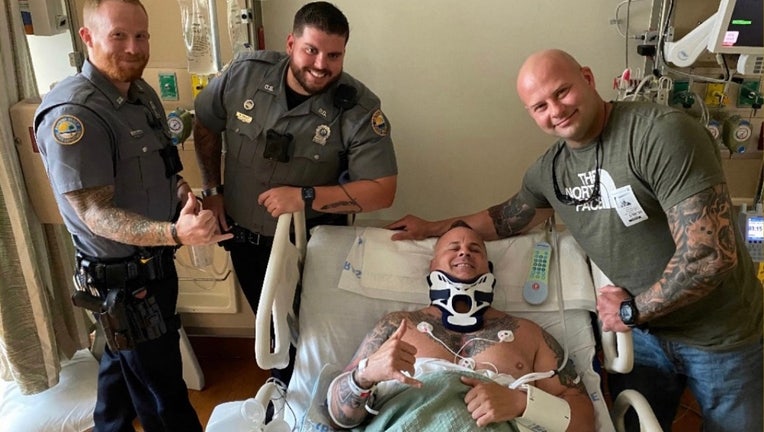 DAYTONA BEACH, Fla. - A crowdfunding campaign has been started for a Daytona Beach police officer who was injured while assisting during a standoff with a wanted criminal.

The Daytona Beach Police Department is asking for the public's help with Officer Jackson's medical bills. Officer Jackson broke his neck while helping his fellow officers following a gun battle with a wanted suspect.

Last month, investigators with the Daytona Beach Police Department said officers were serving an arrest warrant at a home on Espanola Ave. in Holly Hill. The suspect was wanted for attempted murder for allegedly shooting a female in the back two weeks ago.

As officers entered the home, police said the suspect ran into a back bedroom, pulled a gun out, and opened fire.

The officer returned fire and killed the suspect. However, one officer has a chest injury from the impact of the bullet that hit his vest but is doing well.

Officer Jackson was running towards the residence to provide assistance when he lost his footing and struck a vehicle with the side of his head, breaking his neck. Despite being injured, he was able to get a female who was inside the home to safety.

With medical bills mounting, his team would like the public to help in any way that they can.

You can contribute to the fundraiser HERE.