Cellphone video shows the moment Satellite Beach Police arrested Gloria Colwell at a wedding reception in Florida. The groom said she crashed his wedding, eating and drinking and acting belligerent.

"The second I noticed her, she was drinking. I didn’t know how long she was there for, but she seemed like she was having a good time," said the groom.

The groom said she crashed his wedding, eating and drinking and acting belligerent.

"I walked up and noticed she wasn’t a part of the event, so I asked her to leave, and then she put her hand in my face and then turned to the next guy and tried to pretend she was with him."

After the groom and several friends asked her to leave, they said Colwell became violent.

MORE NEWS: I-95 crashes: 3 killed in 17-vehicle pileup; highway to be shut down for hours

"Outburst, flailing hands, kind of pushing and cursing, just kind of lashing out, just very belligerent. It takes about all of ten seconds to realize she didn’t belong."

That’s when they called the police. According to the arrest affidavit, when police showed up, Colwell was pulling away from officers and refused to give them her name. 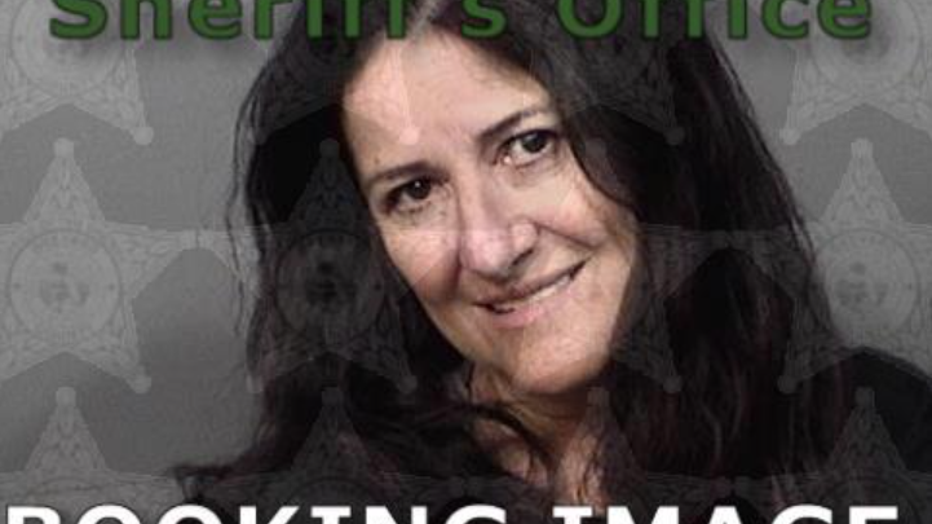 Eventually, they handcuffed and later identified her. The bride and groom say they never expected something like this to happen at their wedding.

"It was a minor event actually in the whole scheme of things, but it was a wonderful day just being around all our most imp friends and family."

But it makes for a good story.

"The surreal-ness of the wedding hasn’t subsided because now I’m seeing it on the news."

Colwell was charged with resisting an officer without violence, disorderly conduct, and trespassing. She was taken to the Brevard County Jail.