County Club of Mt. Dora HOA board member Cal Rolfson says he got a call about it over the weekend.

"To have that precious area destroyed as it was and intruded upon – it was both upsetting and angering for me to see that," Rolfson told FOX 35 News.

He contacted the police.  According to investigators, Edward Rowlett knew about the site’s history -- telling officers that when he was on city council –- he had voted to have the sign created and posted about its historic designation.

Police say he also told them he asked for city and HOA permission to take down the trees near is house and was denied because they were in the cemetery.

Investigators say Rowlett hired a company to cut them down anyway. Officers say they found at least one grave marker damaged.

"They invited me over to look at the cemetery. A lot of the graves there were from 1930s to maybe the 1970s," said local author and historian Vivian Owens. 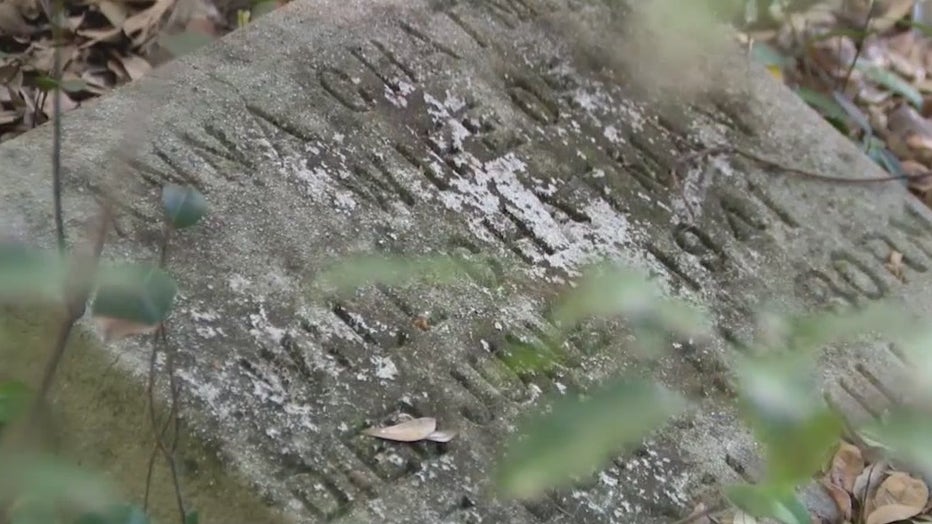 Owens, who published a book about black history in Mt. Dora, says she visited the cemetery years ago.

She says it was discovered in the late 1990s during development in that area and left alone.

"The law protects even the dead. The dead should be respected. I am amazed frankly that someone would do that." Owens said.

Rowlett was arrested on three charges in connection to disturbing the burial grounds.

"It wasn’t a prank. It was intentionally done it sounds to me like by somebody who should have well known better than that," Rolfson said.

Rolfson, who is a current member of Mt. Dora City Council, says he’d like to make sure the historic site is preserved moving forward.

FOX 35 tried to reach Rowlett for comment and didn’t hear back.