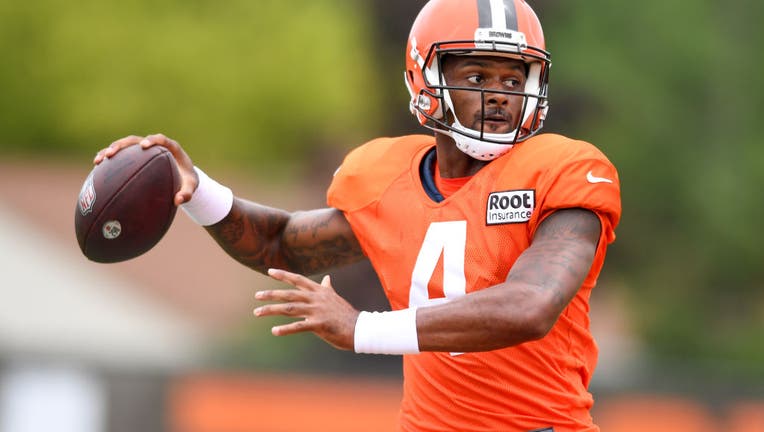 Former Houston Texans quarterback Deshaun Watson said he was, "truly sorry to all the women I've impacted," in a video that was posted by the Cleveland Browns on social media on Friday.

As has been reported, the NFL recently announced they were appealing Watson's six-game suspension for violating the league's personal conduct policy.

In the video, Watson said, 'I'm truly sorry to all the women that I've impacted in this situation. The decisions that I made in my life that put me in this position, I would definitely like to have back, but I want to continue to move forward and grow and learn and show that I'm a true person of character, and I'm going to keep pushing forward."

Watson also answered a question regarding what he's planning to do to make sure he's ready to play for the Browns.