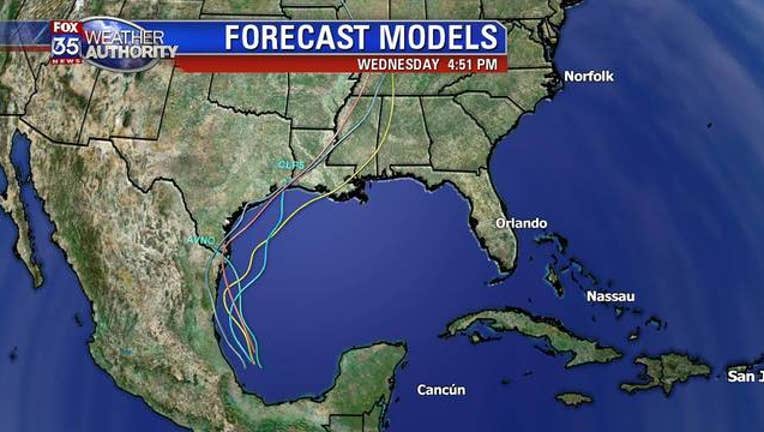 LAKE MARY, Fla. (FOX 35 ORLANDO) - Showers and thunderstorms associated with an area of low pressure located over the Bay of Campeche have become a little better organized and could become a tropical cyclone in a day or two, forecasters say.

The circulation of the low is still poorly defined, according to the National Hurricane Center, as this system is expected to move slowly northwestward toward the northeastern coast of Mexico.   TRACK THE SYSTEM AT OrlandoHurricane.com.

The disturbance will likely produce heavy rainfall over portions of southern and eastern Mexico during the next few days. Heavy rainfall is also likely to spread over southeastern Texas and Louisiana through Thursday.  It is not expected to have a direct impact on the Florida Peninsula.