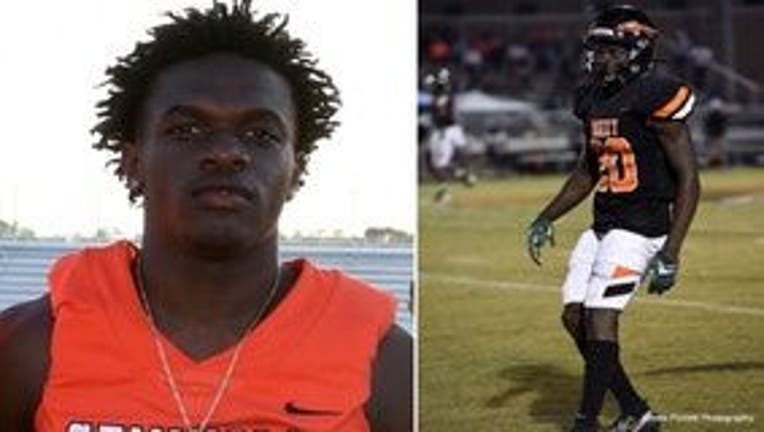 SANFORD, Fla. - A former Seminole High School football player who was shot and injured by a student earlier this year is suing the school district, according to court records.

Police say Jhavon McIntyre, 18, was shot three times by 16-year-old Da'raveius Smith on school grounds back in January. McIntyre was taken to Central Florida Regional Hospital where he underwent surgery and has since recovered.

"It is only by the Grace of God my grandson survived this horrendous ordeal," the victim's grandmother, Joyce Riggins-Baker, said at the time.

According to court documents, the lawsuit claims that "Florida and Seminole County School Board both have implemented legislation and policies – that if properly observed – could help prevent dangerous, violent, and sometimes fatal situations such as school shootings. Unfortunately, for Jhavon McIntyre, Seminole High School did not follow these policies on the days leading up to this tragic shooting resulting in his significant physical, mental and emotional injury."

The lawsuit goes on to say that McIntyre is seeking compensation for the "tortious actions of SHS, whose actions caused and/or contributed to injury of Jhavon." The documents list damages exceeding $30,000.

McIntyre played cornerback on the Seminole High School football team at the time he was shot.