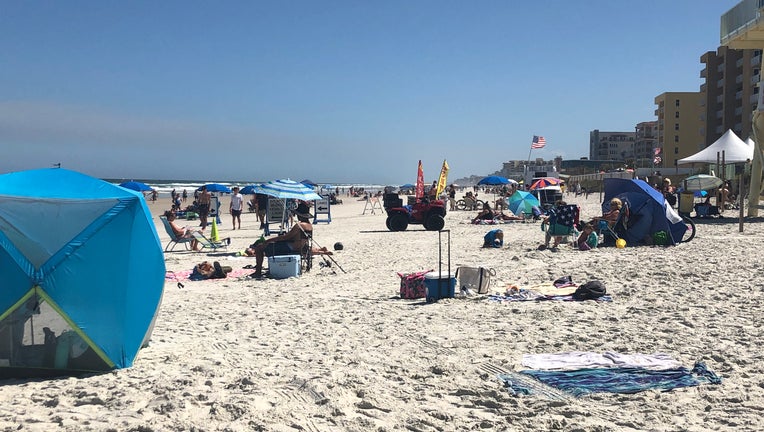 DAYTONA BEACH, Fla. - Florida is expecting millions of tourists for spring break over the next month, but staffing shortages persist for many tourist destinations, according to federal data.

In Daytona Beach, spring break crowds are finding restaurants and hotels are operating at 50% staffing levels.

"I'd like to have double the people we have now. Typically, this time of year we're sitting at 150 people. This year we have 75," said Rob Burnetti, owner of The Shores Resort & Spa.

Due to ongoing staffing shortages in the hospitality industry, hotels are raising prices and cutting room services.

"We won't go into your room every day. If you want service every day, if you need towels or linens, we'd be happy to do it for you. But if we can, if we can skip a few rooms because people don't need that service, it just frees our people up to do other things," said Burnetti.

The Florida Hotel & Lodging Association reported that staffing shortages have affected hotels and restaurants across the state.

"There's no question that we along with the state of Florida and the United States are facing staffing shortages. I've heard from several restaurants in our industry. You have to wait perhaps an hour. They're shortening up menus," said Bob Davis, the director of The Volusia County Hotel & Lodging Association.

The Florida Hotel & Lodging Association is preparing for millions of tourists over the next few months. Hotels are trying to recruit more staff through sign-on bonuses, pay raises and bringing in temporary workers from outside the country.

"We are using right now a lot of imported workers from Jamaica until the local folks come back for employment. We are suffering like everybody else," said Davis.

However, business owners are expecting the industry won't recover from staffing shortages any time soon. Customers will likely pay more for reduced services until the end of 2022.

"The employment picture has been steadily improving, so it may get better, but it's going to take a while to catch up. I think it would be better by the end of the year, but we're still not going to be where we were pre-COVID," said Burnetti.