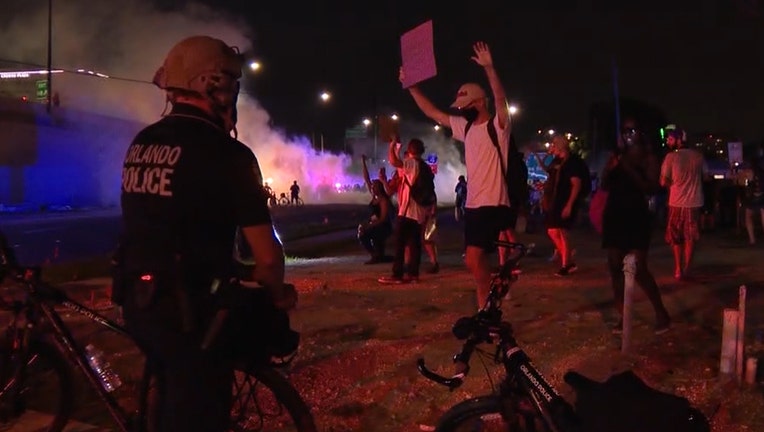 TALLAHASSEE, Fla. - The Florida House on Friday approved a measure that would stiffen penalties against violent protesters, but momentum for the so-called ‘anti-riot’ bill could slow down considerably — maybe even come to a screeching halt, as lawmakers approach the midway point of their two-month session.

With the number of weeks left before the Legislature’s schedule adjournment in the final week of April, lawmakers also are beginning to tackle the state budget with more urgency. Both the Senate and the House unveiled their spending plans in recent days, and budget writers from both chambers must now reconcile their versions with the requests put forward by Gov. Ron DeSantis.

DeSantis had initially proposed a $96.6 billion budget in January, but has since proposed $4.1 billion in additional spending after the federal government approved another pandemic relief package earlier this month.

But proposals like the anti-riot bill are consuming much of the air in the Florida statehouse this session.

MORE NEWS: Vaccine eligibility will drop to 40 across Florida on Monday

While its official title refers to "Combating Public Disorder," most Democrats and other critics say the measure will have a chilling effect in how people exercise their constitutional rights to free speech and peaceful assembly.

The bill would increase penalties for crimes committed during a violent protest, and it would create new felonies for organizing or taking part in demonstrations that turn violent.

The measure could spawn an interesting dynamic in the state Senate, where it has yet to get a hearing. Its first stop will be the Criminal Justice Committee, and that committee is headed by a Democrat.

The House passed the measure Friday, with the Republican majority arguing that the measure was needed to preserve law and order. Democrats asserted, however, that the bill was an attempt to quell the Black Lives Matter movement, which helped mobilize demonstrators and passions during months of unrest over a string of high-profile incidents involving the killing of Black people by police.

There are other bills to watch in the coming week.

Another House committee is taking up a proposal that would abolish the state’s Constitution Revision Commission. The commission meets every 20 years to consider ballot measures to put before voters. Some Republicans say the commission isn’t needed because the state already has an initiative process for citizens to place items on the ballot.

The Senate has already agreed to place the matter before voters. If the House agrees to do so, the measure would require 60% voter approval.

Separately, lawmakers are considering a proposal that would raise the passage requirement for all ballot measures, from 60% to at least two-thirds of those casting ballots.