A Lake Helen woman says she lost a pet pony in a dog mauling. She claims her neighbor's dog broke through a fence and attacked the pony, killing it instantly. Another animal was also injured, she says.

LAKE HELEN, Fla. - A Lake Helen family is grieving the loss of their miniature horse after it was attacked by a dog.

Ann Marie Blair tells FOX 35 News that her 3-year-old pony, Gracie, was found dead after it was attacked overnight on Monday by her neighbor's dog.

"My granddaughter and her were best friends," said Blair.

Her husband found the pony's body.

"He said they had attacked her in the throat and killed her instantly," Blair said.

Police responded to investigate and said the owner faces a citation. They tell FOX 35 News that the owner told them the dog got loose. Investigators say they found dog fur on the Blair family's fence. 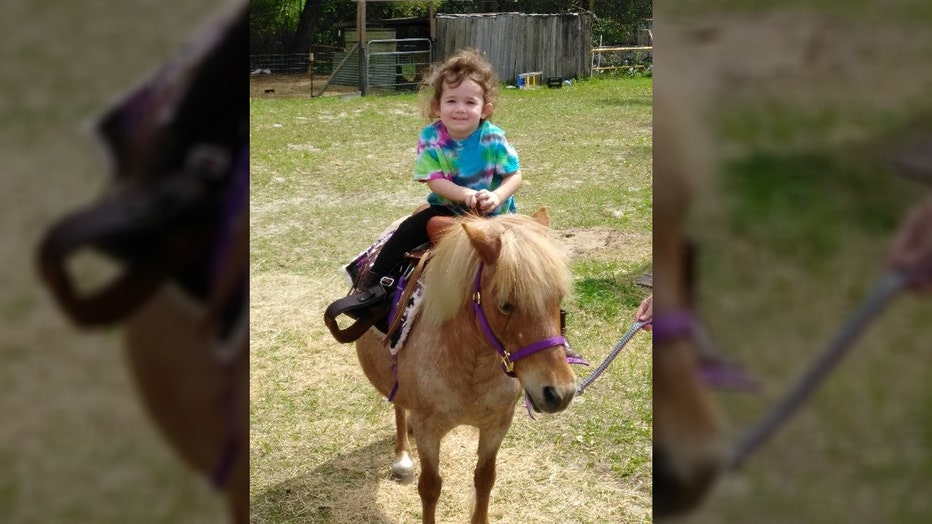 Once that citation is given, police say the dog will have to be quarantined for 10 days.  Since it's the first encounter the police department has had with the dog, police say it's not considered criminal. However, if they have to respond a second time, they tell FOX 35 News that's when the situation could turn criminal.

It's not the first time the Blair family has lost a pony.  Back in 2016, FOX 35 News spoke to Blair after her miniature horse, Teddy, was killed.

"He was such a fighter even until the very end," Blair said.

She's calling for tighter laws and more protection for livestock.

"This was a 5-year-old's salvage. Her best friend attacked for no reason in her home," she said.