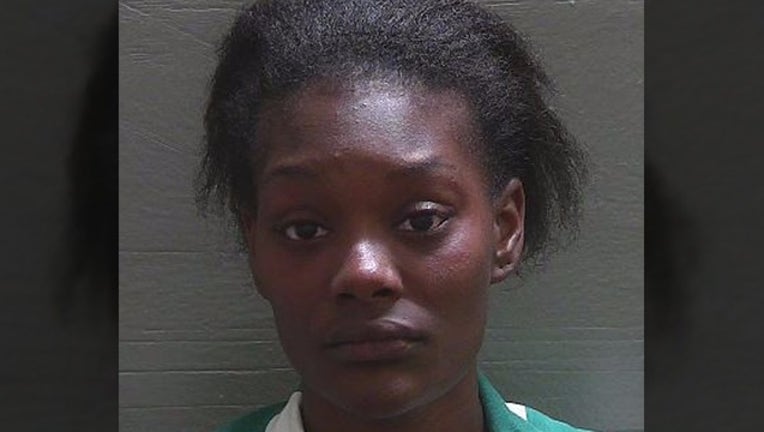 FOX NEWS - Moments before allegedly stabbing her boyfriend to death on Saturday, a Florida woman wrote on Facebook that women should never let a man "put his hands on you," police said.

Jaquoia Xiaxiana Collins, 24, was arrested in Cantonment, about 20 miles north of Pensacola, early Sunday and charged with the fatal stabbing of her boyfriend Quartez McShane, according to an arrest report.

Escambia County Sheriff's Office deputies responded to the Wild Oak Farms Apartments around 11:39 p.m. Saturday, according to Collins' arrest report. The deputies reportedly found McShane unresponsive in the roadway with a one-and-a-half-inch puncture wound in his sternum.

McShane was transported to a local hospital where he died from his injuries at 12:22 a.m. Sunday, the Pensacola News Journal reported.

Investigators said Collins had posted on Facebook about 20 minutes before allegedly Stabbing McShane. The post, according to investigators, read: "Ladies, NEVERRRR let a Boy put his hands on You cs a Real MAN ain't Going for it."

Collins was arrested on a charge of second-degree murder and booked into the Escambia County Jail without bond, the News Journal reported. She appeared in court Monday where Circuit Judge Scott Duncan declined to set her bond, the report said.