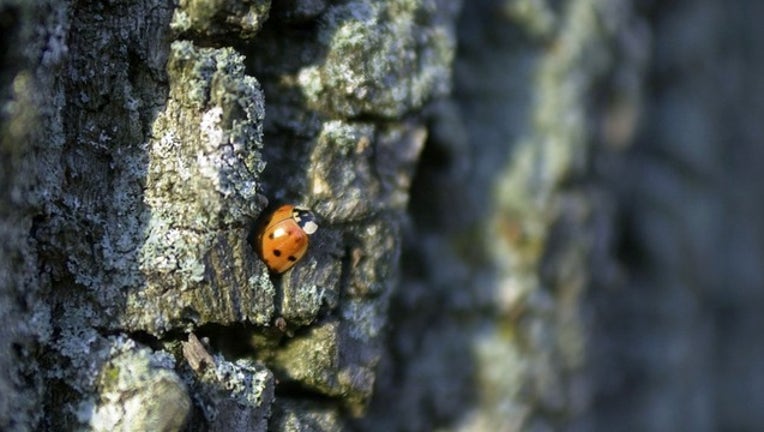 FORT MYERS, Fla. (AP) - Karen Cooper was ready to go out on a limb to save her beloved, so she got married - to a tree.

The tree became the center of a neighborhood controversy when city staff began discussing cutting it down last year. Cooper, who lives nearby, began mobilizing to save it.

The News-Press reports effort that culminated with the waterfront nuptials Saturday, complete with flowers, music, a tree-decorated wedding cake and a canine ring-bearer named Little Bear.

Though rooted on city property, some of the Indian laurel's 8,000-square-foot canopy and root system extends to a neighboring lot, for sale for $1 million.

After a site visit last December, the city's public works department OK'd the tree's removal after the beautification board had been notified. In February, the board discussed spending $13,000 to cut down the sprawling tree and replacing it with smaller geiger trees.

Once neighbors got wind of those plans, the protests started: phone calls, posters, fliers and, most recently, Cooper's wedding, during which she and several other white-dressed women vowed to honor and protect it before some 50 onlookers.

Cooper got the idea from a group of women who've been protesting deforestation in Mexico by marrying trees, she said. "So I saw that and I thought, 'Oh we should marry the ficus tree - kind of giggle, giggle - but everyone said it's a really good idea, so I said, 'OK, let's do it.' "

She staged the wedding three days ahead of Tuesday's Beautification Advisory Board meeting, when the tree's fate is on the agenda. To be discussed: last month's report by certified arborist Rick Joyce, who gave the tree a thorough check-up. He determined it's in fairly robust health and could withstand judicious pruning

In an email, city spokeswoman Stephanie Schaffer wrote, "The City is moving forward to save the Snell Park ficus tree. Every day City employees care for the trees and plants that give our city a sense of community and shared history."

But even though the city appears to be backing away from its initial plans to cut down the ficus, its fate remains uncertain, Cooper points out.

Ward 5 Councilman Fred Burson, the only city official to attend the ceremony, vowed to help save the tree, in front of which he'd posed with his family for a campaign photo. "If we don't get it settled at the Beautification Board meeting, I'll take it to the City Council," he said.

Cooper and her tree guardians will be there, cheering him on.

"If they cut down this tree, I'm going to be a widow," she said.