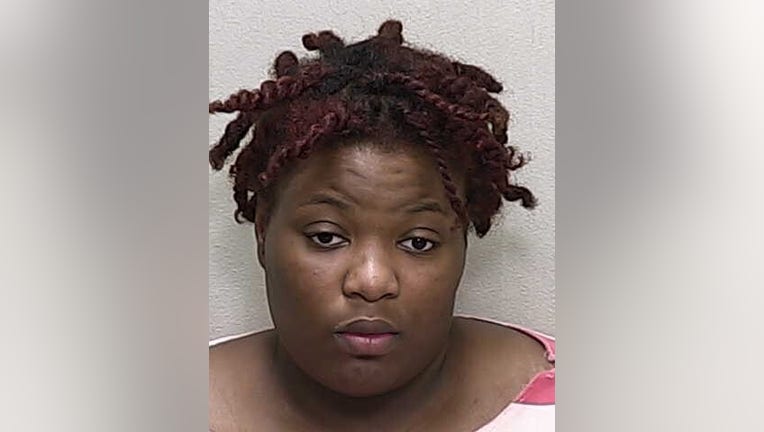 According to the Marion County Sheriff's Office, deputies responded to the home in the Micanopy area on Friday night in reference to a patient in cardiac arrest. They say they found the victim, Xavier Collins, dead in the home along with Patterson and several small children.

Deputies say Patterson initially said that Collins stumbled out of a room and collapsed, but did not mention any injuries. However, when a deputy found an injury on his chest, Patterson reportedly claimed that one of the children was holding a knife and Collins fell on it.

"She later claimed that earlier in the night, she was approached by a 2‐year‐old child that was holding a steak knife, and she took the steak knife from the child," the sheriff's office wrote in a press release. "Patterson claims she held the knife in her right hand while scrolling on her phone with her left. Patterson admitted to being right-handed."

"Patterson changed her statement multiple times regarding where she was holding the knife."

She is currently being held in the Marion County Jail.