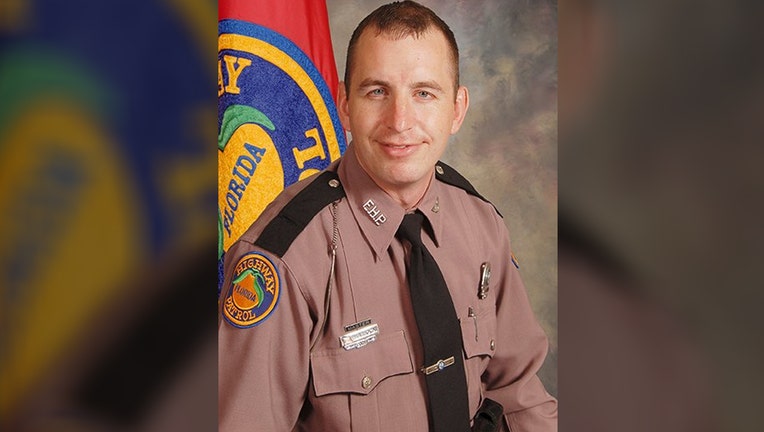 FORT PIERCE, Fla. - The Florida Highway Patrol (FHP) is mourning the loss of one of their troopers, who was killed in the of duty.

FHP said on Wednesday that Trooper Joseph Bullock was killed in the line of duty while assisting the public on I-95 in Martin County. According to WSVN, there was a police-involved shooting on the highway just after 11:30 a.m. on Wednesday. At least one other person died.

"Today, the entire Florida Highway Patrol and FLHSMV family is heartbroken as we mourn the tragic loss of Trooper Joseph Bullock, a nearly 19-year veteran fo the Florida Highway Patrol who chose to make selflessly serving and protecting others his life's work. Please keep his family and his team members in your prayers," FHP said.

The investigation into the incident on I-95 is ongoing.

MORE NEWS: Trayvon Martin remembered on what would have been his 25th birthday

Trooper Bullock served with FHP for nearly 19 years in Fort Pierce. He was also said to be an Air Force veteran.