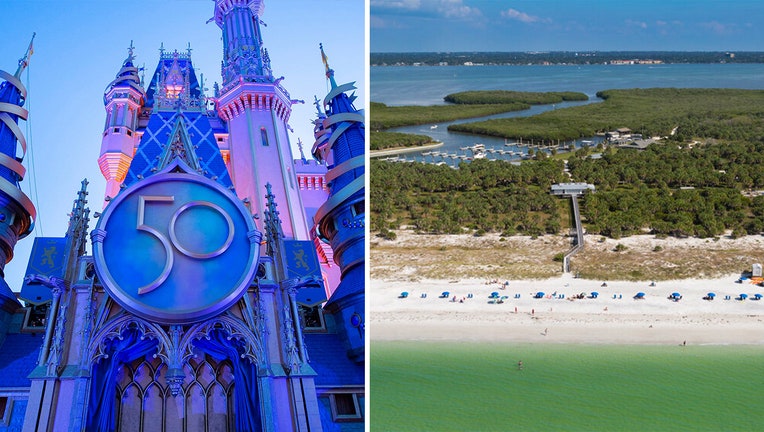 TALLAHASSEE, Fla. - A top Florida tourism official called the future of travel to the state "bright" and said there are no plans to slow marketing efforts, even with the rapid spread of the omicron variant of the coronavirus.

"This has been a tough road for our international folks, but we have not stopped for one second working in those markets to make sure that Florida stays top of mind.," Young said during a conference call with members of the Visit Florida Executive Committee.

Last month, a panel of state economists slightly lowered expectations through the middle of 2022 for Canadian and overseas travelers, anticipating the omicron variant would slow, at least temporarily, Florida’s resurging tourism.

Amy Baker, coordinator of the Legislature’s Office of Economic & Demographic Research, said during a Dec. 20 meeting the highly contagious variant likely would affect people’s decisions to travel to and from Florida.

"I think omicron kind of changed the environment," Baker said. "I know of two people who were planning to travel internationally. They canceled their trips because of omicron, not knowing what additional lockdown restrictions (would be) if they got some place. Would their country be open? What's happening in the United States? What would be their requirements on them going?"

Almost 90 percent of visitors in 2021 had come from other states, though Visit Florida officials expected a resurgence in Canadian and overseas visitors after the White House eased travel restrictions in November.

"Most recently, I think we saw some rise in travel, especially from Latin America, but that's always been pretty consistent over the last year and a half during the pandemic," Mellman said. "I think the numbers were less than what we anticipated from Europe."

Members of the committee said they’ve seen many license plates from New York, New Jersey and the Carolinas on Interstate 95, but there hasn’t been the normal crop from Quebec and other parts of Canada.

"I think you will see across the state that there will be an uptick in business from our friends from Canada, and also the Northeast and upper Midwest," Rowe said.

"My common sense tells me that if the border was open, which it was or is, they are in their Suburbans and RVs, and if they aren't already here, they're on their way," Young said. "And we should be getting those numbers … but common sense just tells me that they're not hanging out in Canada."

The agency also hopes to maintain $50 million in state funding next fiscal year, an amount requested by Gov. Ron DeSantis.

Visit Florida received $80 million from the Legislature for the current fiscal year, including $30 million from federal stimulus programs.