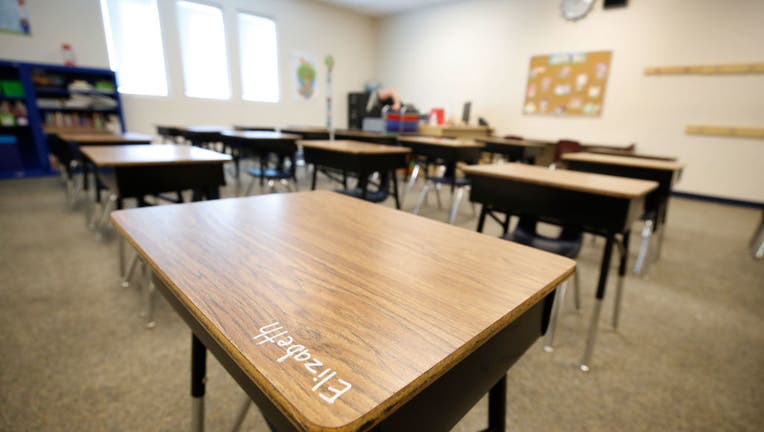 A "Teacher of the Year" in Florida was arrested Friday after she allegedly struck a minor in the face – causing a nosebleed – after the student posted a message on Instagram questioning the educator's selection for the top honor, according to a report.

The paper described troubling allegations from a student.

The alleged incident occurred after some Instagram commenters questioned Lee being tapped for the honor, the paper reported. One issue that was raised was Lee’s use of the N-word in class, the report said. Lee brushed off the criticism and said she only used the word while reading from John Steinbeck’s 1937 classic "Of Mice and Men."

The paper, citing a police report, said Lee requested to speak privately to the student— who was not in her classes. It was during the meeting that the student claims Lee struck her multiple times, the report said. The paper, citing police, said Lee told officers it was the student’s word against her own. The teacher reportedly told police she believed the post could be a threat to her life. But, she added, she was "not afraid" and "did not feel the need" to report the message to staff.

School surveillance video showed Lee "walking at an aggressive pace" to her classroom before the incident and the student, about four minutes later, leaving the classroom holding her face and walking with a "low demeanor" to a guidance counselor’s office, where she reported the incident, the responding officer said in the report.

Neither the school district nor Lee immediately commented to Fox News. The Duval Schools Superintendent Diana Greene said in a statement obtained by the paper that "what is alleged should never occur — ever — especially in a school setting."