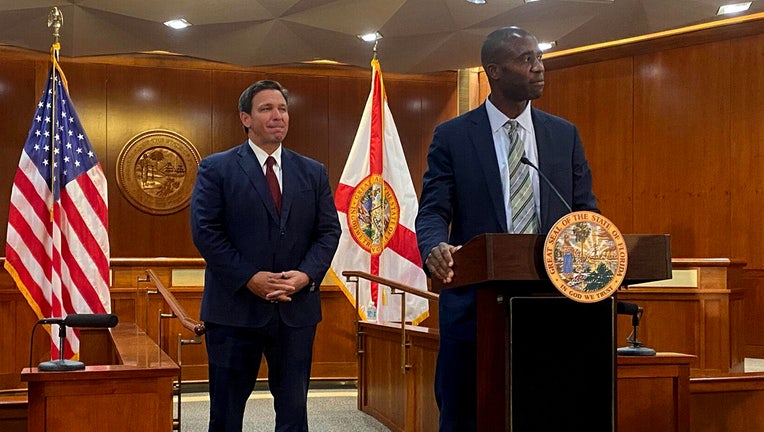 GAINESVILLE, Fla. (AP) - A faculty committee charged with looking into how the University of Florida hired controversial Florida Surgeon General Joseph Ladapo says there were "numerous irregularities" in the hiring of the Harvard-trained physician and researcher that concerned committee members.

The way Ladapo was hired appeared to violate the spirit of UF hiring regulations and procedures, especially in the role faculty play in evaluating the qualifications of their peers, according to a report from the faculty committee released Wednesday.

UF administrators seemed to have accelerated Ladapo’s start date to accommodate Florida Gov. Ron DeSantis’ announcement that the physician would become the state’s next surgeon general, and some faculty members felt Ladapo was the subject of "preferential treatment on the basis of his political opinions," the report said.

Ladapo was hired by the University of Florida around the same time that DeSantis appointed him surgeon general.

Under his deal with the state and UF, Ladapo is to spend 20 percent of his time teaching and researching at the university, and 80 percent of it running the Department of Health, the Tampa Bay Times reported.

Ladapo makes $262,000 a year as a professor, plus $75,000 for a role in which he’s charged with "developing policies and interventions to reduce healthcare disparities for UF Health." Between the UF job and his surgeon general role, he’s paid a total of $437,000 per year.

A university spokeswoman told the Times that the hiring was consistent with the tenure process followed at UF colleges.

Ladapo, who was appointed by DeSantis in September, has drawn intense scrutiny over his shared resistance with the governor to COVID-19 mandates for vaccines and masks and other health policies endorsed by the federal government.