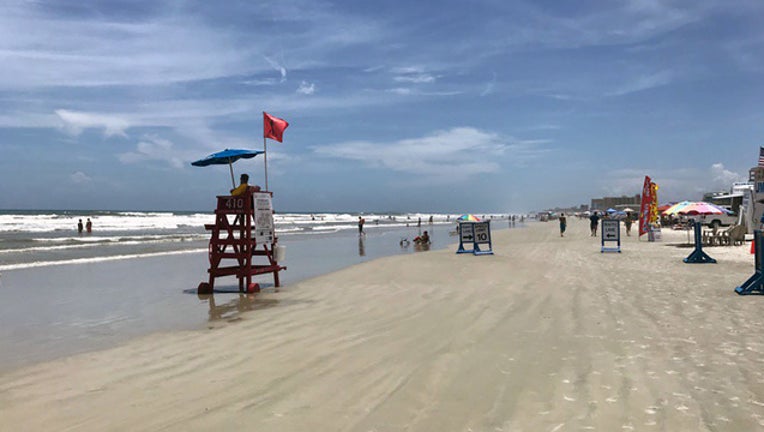 DAYTONA BEACH, Fla. (AP) - A 28-year-old surfer has been taken to the hospital after apparently being bitten by a shark.

Volusia County Beach Safety officials say the unidentified Melbourne man was bitten Saturday while surfing near the jetty in Ponce Inlet. The Orlando Sentinel reports the man suffered several cuts from what appeared to be a shark bite on the top and bottom of his foot.