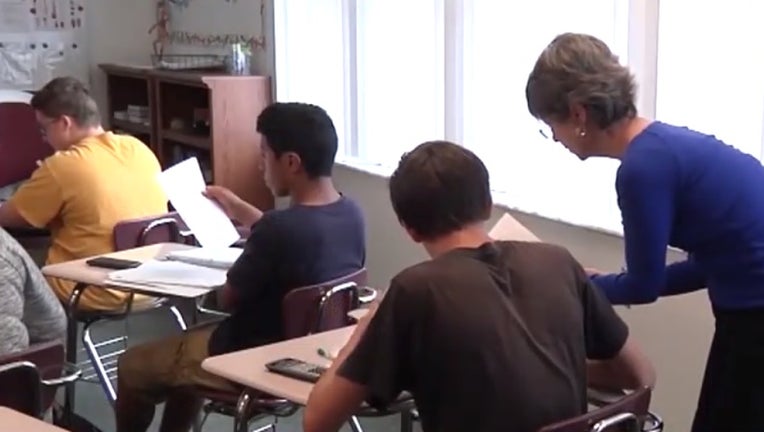 TALLAHASSEE, Fla. - In an apparent victory for opponents, the Senate this week could drastically overhaul a controversial proposal aimed at reducing state Bright Futures scholarships for students in degree programs deemed unlikely to lead to jobs.

The measure (SB 86), sponsored by Sen. Dennis Baxley, R-Ocala, initially included a proposal that would have eliminated Bright Futures scholarships for students who didn’t pursue certain degrees. It was changed by Baxley last week to, in part, propose reducing scholarship amounts for students not seeking degrees on approved lists of programs.

But an amendment filed Monday by Baxley would no longer tie scholarship award amounts to certain degrees. The measure is scheduled to be heard Tuesday by the Senate Education Appropriations Subcommittee.

"My goal in filing Senate Bill 86 was to begin the discussion about both the cost and the value of the degrees and programs within our higher education system. Based on your feedback, and with that goal in mind, I have filed an amendment that represents a concrete step forward in this discussion, while at the same time preserving the merit-based financial aid benefits our students earned in high school, regardless of which undergraduate path the student chooses," Baxley wrote in a letter to senators Monday.

Under Baxley’s amendment, the state university system’s Board of Governors, the State Board of Education and Independent Colleges and Universities of Florida would craft and publish lists of degrees they deem not likely to lead to employment. However, the lists would have no bearing on how Bright Futures scholarships and Benacquisto Scholarships for National Merit scholars are awarded.

Sen. Janet Cruz, D-Tampa, credited the many people who spoke out against the measure, mostly students, with prompting the change.

"I am glad to see that public opposition was enough to stop this awful legislation for now, but we must remain vigilant to ensure this language doesn’t show up hidden in the back of the budget," Cruz wrote in a tweet Monday.

The proposed amendment also would remove part of the bill that would have reduced the number of credit hours covered by Bright Futures for students who took "accelerated credits" in high school, like Advanced Placement or International Baccalaureate courses.

Some pieces of Baxley’s bill would remain if the amendment is approved. That includes changing the current system of providing Bright Futures aid at either 75 percent or 100 percent of tuition and fees to tying scholarship levels to the amount of money appropriated in the state budget.

In Twitter posts Monday, some students indicated they were still leery of the bill because it would remove guaranteed funding levels for scholarships.

MORE NEWS: Orange County Convention Center opens to those 40 and up but fills up in 13 minutes

"We still got more to fight about. Even with this amendment, the bill still removes the guarantee that 100% and 75% of tuition is funded. We gotta keep the pressure up. Senate Appropriations Education Subcommittee meets tmw at 1030am at the Tuck. I’ll be there, will you? #FlaPol," wrote Jack Rowan, parliamentarian for Florida State University’s student senate, referring to the Donald L. Tucker Civic Center, where people can remotely testify at Senate meetings.

The amendment also would maintain a requirement for state university boards of trustees to "adopt procedures to connect undergraduate students to career planning, coaching, and related programs during the first academic year of the student’s enrollment."

In addition, the Board of Governors would be required under the amendment to publish an online dashboard featuring data on graduates of various fields of study, including post-graduation median salaries and student loan debts.

"I believe we should encourage all students to pursue their passions, but the fact remain (sic) that higher education comes at a significant cost to both students and taxpayers and there needs to be at least some element of career planning involved," Baxley wrote in his letter.

Baxley also described in the letter an addition to the bill that could be coming with his amendment.

"A requirement that, as part of the state university procedures to release a hold on the student’s registration after the first year, that the student affirmatively indicate that he or she has received required career information and indicates awareness of future employment and wage prospects based on his or her declared major," Baxley said of the potential addition.

The amendment was filed less than a week after Gov. Ron DeSantis voiced his support for the Bright Futures program, telling reporters that he wants to fully fund the scholarships.

"I’ve made very clear, I think Bright Futures is something that Florida families have relied upon. It’s something that I support. I fully funded it in my budget, and we hope that the Legislature follows suit with that as well," DeSantis said Wednesday during a news conference in Collier County.

Even as he proposed changes to his bill, Baxley wrote Monday that he still wants to strengthen a connection between higher education and the workforce.

"We have awakened a giant. We have to reconnect the education and economic model and we have begun that process," Baxley wrote.