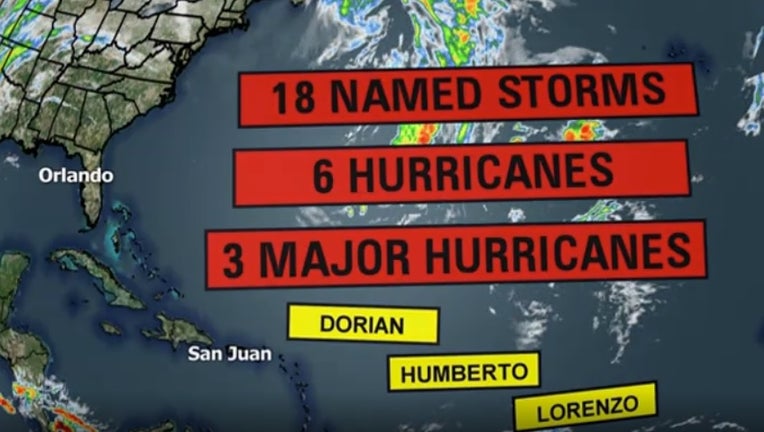 TALLAHASSEE - For Florida, the 2019 hurricane season will be remembered for a gigantic, nerve-racking scare over the Labor Day weekend.

After back-to-back years of historic strikes on Florida that continue to require money and attention, the waters of the Atlantic and Gulf of Mexico during the hurricane season that ends Saturday were highly active. The 2019 season had 18 named storms, matching 1969 for the fourth most-lively season in the past 150 years.

But Florida avoided a strike in September from Hurricane Dorian after the mega-storm devastated parts of the Bahamas. And with the Sunshine State still recovering from Hurricane Michael in 2018 and Hurricane Irma in 2017, this year’s season was more psychologically challenging than physically taxing for Floridians.

“We got spared, but at the expense of our friends in the Bahamas,” Florida Emergency Management Director Jared Moskowitz told members of a House subcommittee this month. “If you look at the picture of the Bahamas, there would have been areas of the state of Florida that would have looked the same, because our building code is not meant for 185 mph sustained winds or 220 mph gusts.”

Hurricane Dorian never reached Florida but left frayed nerves up and down the East Coast, as the system sat for days around the Bahamas and as images remained fresh from the massive damage left by Michael and Irma. 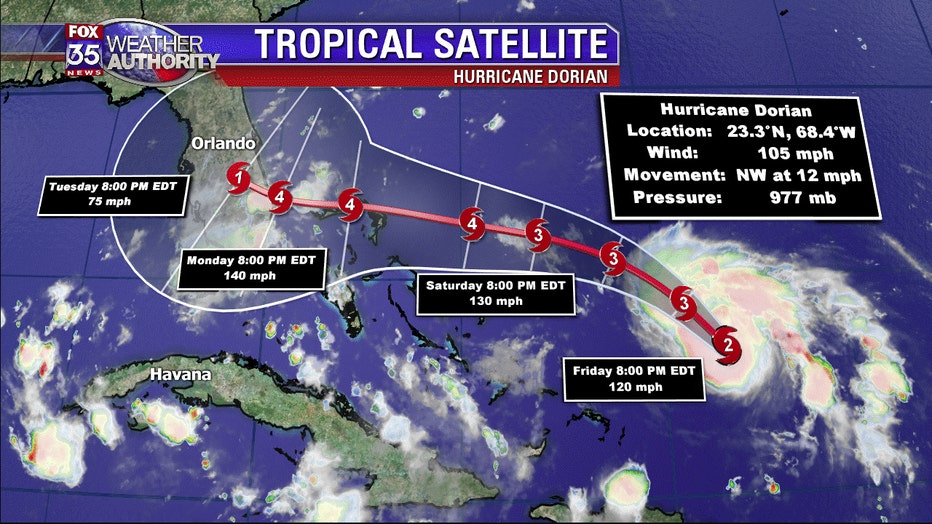 “As Dorian approached, we knew it was going to be moving slow and it was still several days away,” said Parks Camp of the National Weather Service in Tallahassee. “So, it was a matter of balancing the message of, ‘OK, everybody needs to get ready,’ but you don’t want people to panic.”

Forecast maps had the storm making landfall somewhere along the East Coast for nearly a week, at times moving far inland.

The forecast maps forced Gov. Ron DeSantis to warn people to prepare for a “Category 4-plus” impact.

Tolls were lifted but evacuation orders were light. 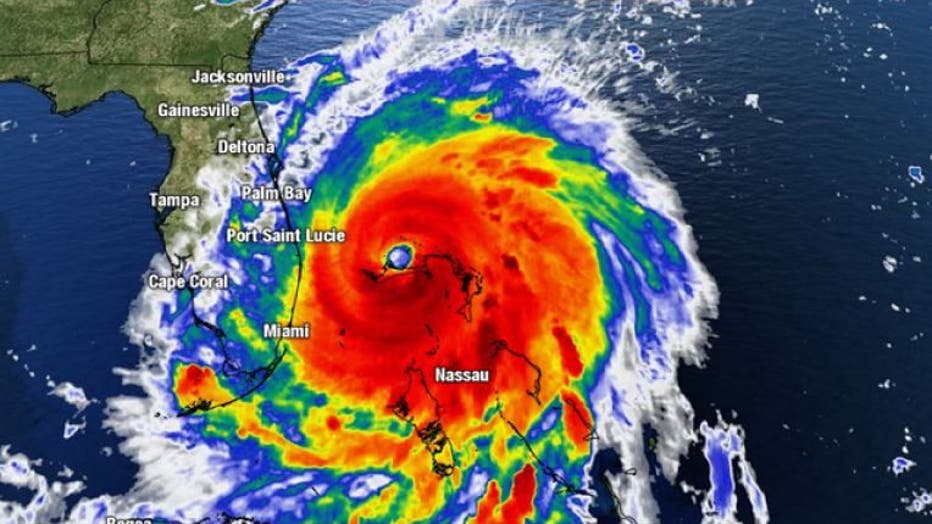 The wait drove residents to stores for storm supplies and tourists to reroute plans for the holiday weekend.

Dorian’s crawl across the Atlantic also allowed the state to pre-position storm supplies before counties and cities could make requests. Moskowitz said that was an agency planning change that had been enacted before Dorian. 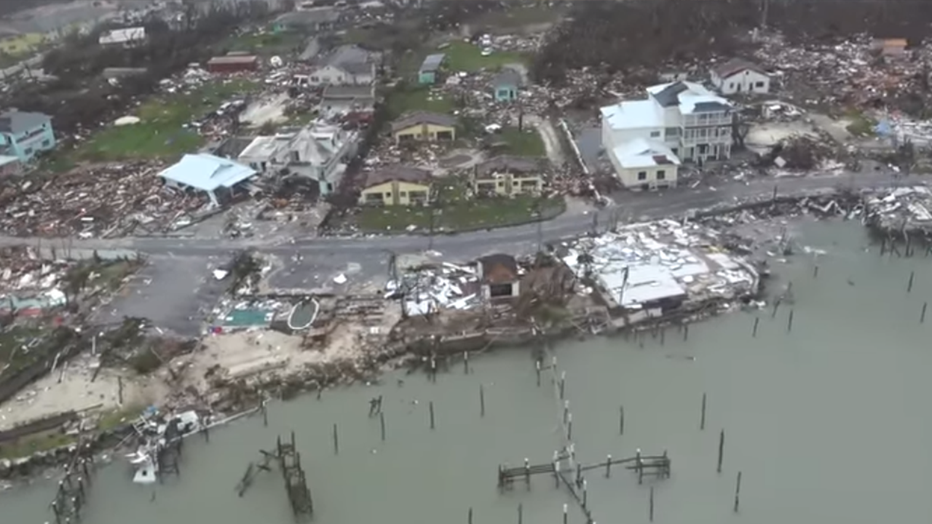 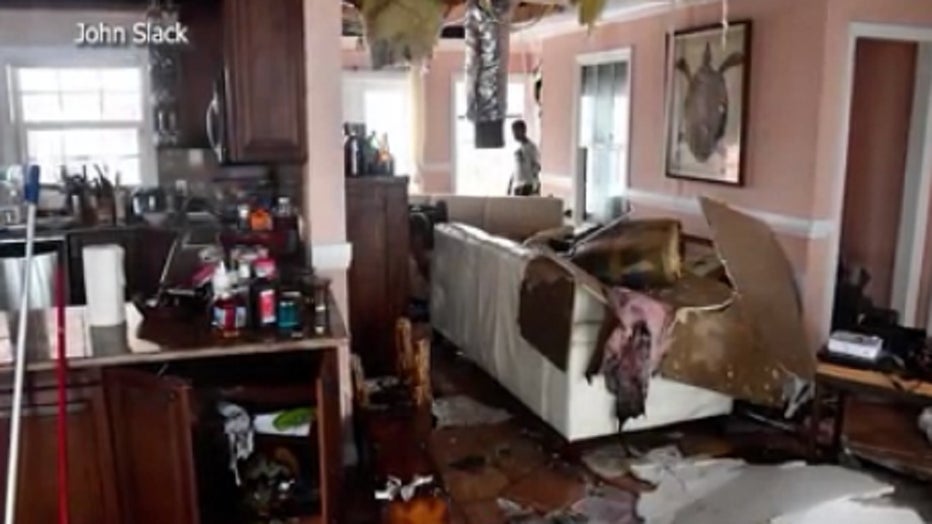 Eventually, as Dorian sat over the Bahamas a predicted trough of low pressure that had been moving across the upper Midwest and northeastern U.S. finally arrived, creating enough of a break in the upper air pattern to reroute the system to the north, toward the Carolinas.

Florida shifted from planning for a potential epic disaster to rushing water and rescue workers to the islands.

“We got spared, but at the expense of our friends in the Bahamas."

Dorian caused about $19 million in estimated insured losses in Florida, according to numbers posted last month by the state Office of Insurance Regulation. By comparison, Hurricane Michael caused an estimated $7.4 billion in insured losses when it slammed into Northwest Florida in 2018.

A little more than a month after Dorian, Tropical Storm Nestor briefly kicked up in the Gulf of Mexico.

Otherwise, the six-month 2019 hurricane season had the smallest impact on Florida in four years.

“When I think of this season, I think of watching those forecasts of Dorian,” Camp said. 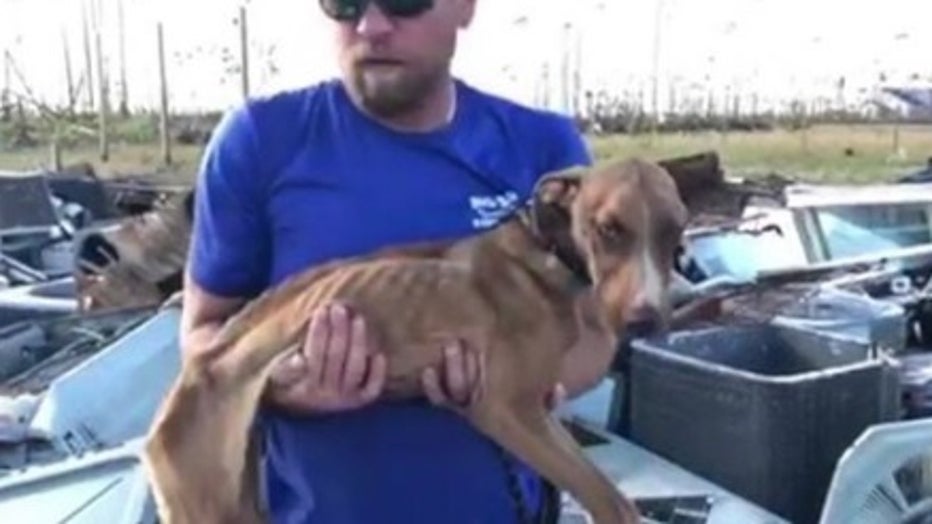 This dog was found buried under rubble in the Bahamas after Hurricane Dorian.

DeSantis eventually joked that he may have to return to Israel next year to again insert a prayer into the Wailing Wall asking for a safe hurricane season.

Beyond divine intervention, however, DeSantis and emergency planners are still focused on helping Northwest Florida recover from Hurricane Michael --- and preparing for future hurricane seasons across the state.

DeSantis has made funding proposals to the Legislature about Michael recovery efforts. Also, the Division of Emergency Management is working with lawmakers on proposals that range from funding a new, larger emergency operations center to requiring every county to have at least one temporary emergency shelter location where people can bring pets.

“The science is in, it’s not debatable, if people feel they can’t take their animal with them, they will stay (not leave an evacuation zone),” Moskowitz said. “And we want people to evacuate if they’re in an evacuation zone.”

The division is also working on rule changes about how housing is deployed after storms, based on the needs created by Michael, and about making technical assistance available for cities and counties to navigate federal red tape after disasters.

“The last thing I want is to leave federal dollars on the table because we didn’t apply for them,” Moskowitz said.