A Florida middle school wants to see disciplinary action after a video with strong racist tones circulated on social media.

OVIEDO, Fla. - A Florida middle school wants to see disciplinary action after a video with strong racist tones circulated on social media. The video which surfaced at Jackson Heights Middle School in Oviedo, Florida, shows students' faces with audio dubbed over them – the audio is referring to someone who knits, but some feel it sounds similar to a highly-offensive word.

The end of the video shows one of the students with a monkey face.

"I’m not happy about it. If I hear what it means, of course, something needs to be done," Miranda Burnazi said.

"That’s really bad because that’s not a good thing for the kids," Jean Laboy, another middle school parent, said.

One of the parents whose kid was shown in the video said the kids had no idea what the video was being made for or what it would be used for afterward. Parents at the middle school said this is a good time for parents to remind their kids about being respectful and responsible on social media. 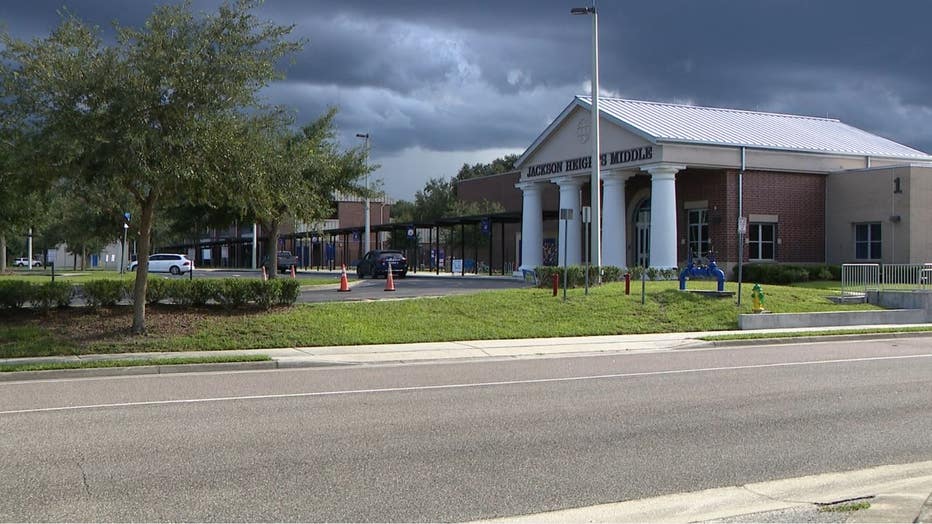 "We have been made aware of social media posts that may have been made by one or more students at Jackson Heights Middle School.  School officials work with law enforcement to investigate these matters, and the appropriate disciplinary and/or legal actions will be applied as outlined in the Seminole County Public Schools Student Conduct and Discipline Code.  Additional law enforcement will be on campus to ensure safe and orderly school operations.  We request that families have conversations with their children regarding responsible and respectful use of social media.  Additionally, we remind our students, if you see something, say something by talking to a trusted adult and/or contacting the Speakout Hotline at 1-800-423-TIPS or www.speakouthotline.org.

It’s unclear what disciplinary action a student could face for this. The father of one of the students in the video tells FOX 35 News he is glad things are getting handled and hopes the school will continue to address what happened.