Deputies arrested an Orange County mother after her 2-year-old got ahold of a gun and shot and killed his father, Sheriff John Mina announced Monday.

ORANGE COUNTY, Fla. - A Florida mom was arrested and booked into jail on several charges after her two-year-old son accessed a gun and shot his father, who later died at the hospital, according to Orange County Sheriff's Office.

Deputies responded to a home on Tobie Court on May 26, 2022, and found 26-year-old Reggie Maybry shot. He was taken to the hospital where he later died, OCSO said in a news release.

Officials said the shooting was initially being investigated as a possible suicide, but at the hospital, it was determined that Maybry was shot in the back. A five-year-old told deputies that his younger brother shot their dad.

A five-month-old child was also at the home at the time of the shooting, authorities said.

Sheriff John Mina told reporters that the gun was not secured and that the two-year-old child was able to access it, which led to charges against the children's mom. 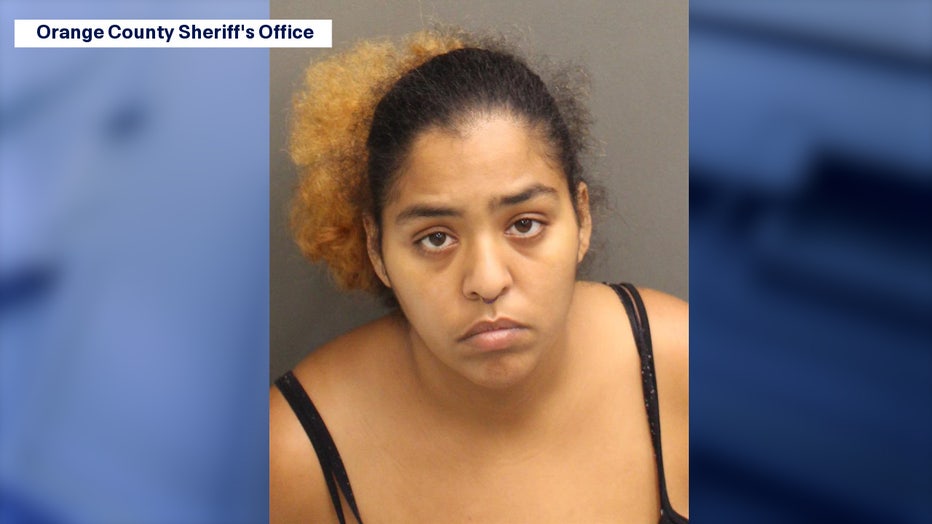 Sheriff Mina said Ayala and Maybry were both convicted felons, on probation, and were not allowed to own a firearm.

He described the situation as "tragic," and that is should serve as a reminder for gun owners to secure their firearms.