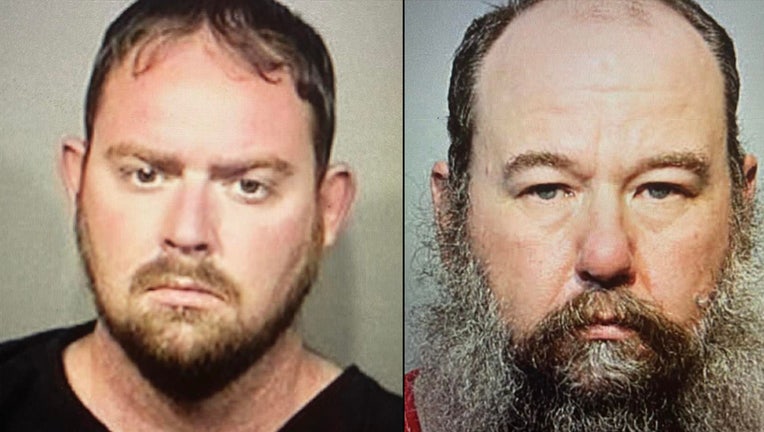 "There is only one place criminals like this should be allowed to breathe air…behind bars in a small cell where they can never harm a child again!" the Brevard County Sheriff's Office wrote in a Facebook post. "Thankfully the Brevard County Sheriff’s Office Internet Crimes against Children Task Force, Immigration Customs Enforcement/Homeland Security Investigations, and the United States Attorney’s Office recently partnered together to take two despicable subjects off our streets."

The sheriff's office said the investigation began in July 2021 following a tip from the National Center for Missing and Exploited Children. The cybertip advised that child pornography was being distributed via an online chat group.

"Through various investigative efforts, Rice was identified as the person who was actively abusing a five-year-old child, videotaping the abuse and providing the images to Ripley," the sheriff's office said. "Ripley would then share the images to members of a social media group he was moderating."

Agents working the case were able to identify and rescue the victim who was being abused.

MORE NEWS: Venomous puss caterpillars in Florida: What to do if you get stung

"The case was prosecuted by the United States Attorney’s Office who has always been a tremendous partner with our agency in working to protect innocent children against this type of criminal activity!"