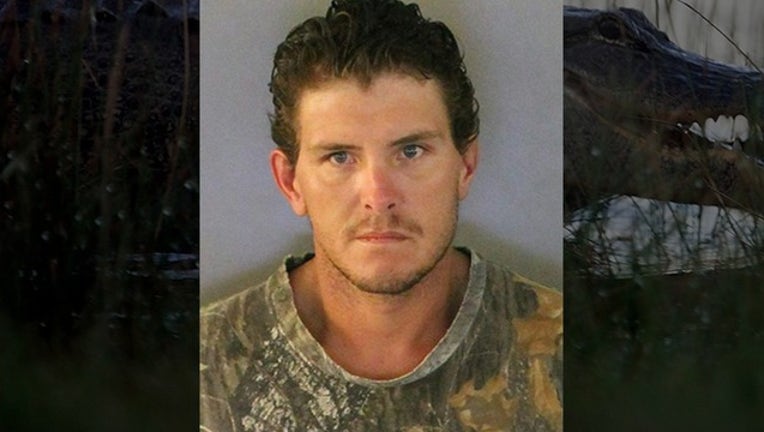 PUNTA GORDA, Fla. (FOX 35 ORLANDO) - A Florida man was arrested after Charlotte County deputies said they found a live alligator in a cooler in the bed of his truck.

According to an arrest affidavit, deputies pulled over Christopher Lacy on Tuesday because of an obscured tag violation. There was also reportedly a man standing up in the back of the truck while it was moving.

When deputies got permission to search the truck, they looked inside a cooler and found a small alligator inside.

The arrest affidavit stated that Lacy had told authorities that he caught the gator in a ditch, but that he did not have a license to trap or possess alligators.

Lacy was arrested. He is charged with violation of probation and taking and possession of alligators.

Check out these TRENDING stories: