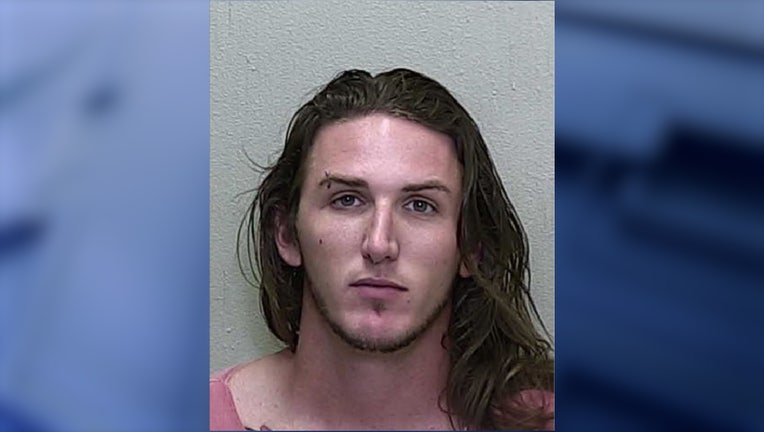 LAKE COUNTY, Fla. - A Florida man is facing a first-degree murder charge when a toddler in his care died after suffering from a severed spine in May 2022.

Travis Ray Thompson, 24, of Ocala was arrested after an investigation found that Thompson had been physically abusing the toddler while she was in his car, the Marion County Sheriff's Office said. Deputies said that the abuse resulted in the toddler's spine being completely severed.

Thompson told police that he and the victim were in separate rooms when he heard a loud noise and then found the toddler taking shallow breaths. Thompson didn't immediately call 911, according to deputies.

On September 1, the Medical Examiner's Office determined the cause of death was traumatic injuries to the child's torso with a severing of her spine and internal bleeding behind her organs, deputies said.

Deputies said that based on the severity of the break, it was determined that Thompson "applied significant, gradual force to the victim's upper and lower body from the front with a fulcrum point on her lower back."

When questioned about the incident on September 8, Thompson claimed that he did not know how or why the child was murdered, deputies said.

Thompson was placed under arrest and booked into the Marion County Jail.