Polk County deputies arrested a Lakeland man who, they said, attacked a youth baseball league umpire after a game. Deputies said 22-year-old old Alberto Escartin Ramos disagreed with a call the umpire made during a ballgame in which his nephew was playing.

LAKELAND, Fla. - A Lakeland man was arrested after punching an umpire at his nephew’s little league game, police said.

On Friday, Alberto Escartin Ramos, 22, was arrested for one count felony battery of a sports official, police said.  According to the Polk County Sheriff’s Office, Ramos disagreed with a call that the umpire made. After the little league game, deputies say Ramos went to the clubhouse to complain to the umpire and started screaming profanity.

“His yelling went from yelling to cursing and cursing to threatening me,” said head umpire Thomas Stull.

Deputies say Ramos then punched the umpire in the face, which cut his lip and broke one of his teeth.

“You would never think that over a youth baseball game something would come to blows,” said League President Steve Ousley. 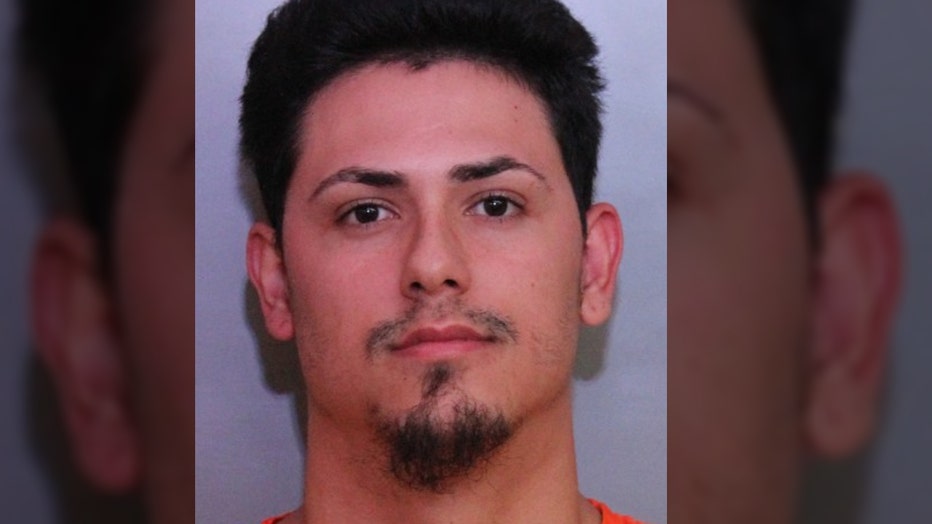 Stull said it’s not the behavior they want their kids to see.

Ramos has been banned from the park.

“This is completely inexcusable, assaulting a little league official while he's officiating at a game where children are supposed to be having fun and learning sportsman-like behavior,” Sheriff Grady Judd said.