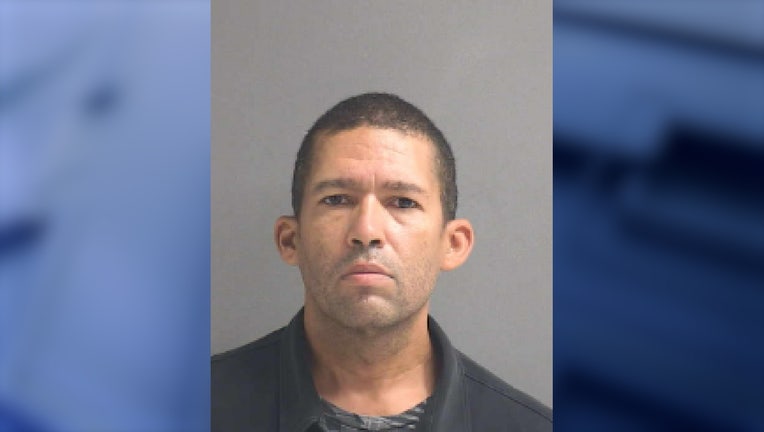 DELAND, Fla. - A Florida Dollar General employee has been arrested for allegedly pouring bleach into his co-worker's drink after an argument.

Jerome Ellis, a DeLand Dollar General employee was arrested on charges of poisoning food or water and tampering with evidence after video surveillance showed Ellis pouring bleach into his co-worker's can of Pepsi on Monday, an arrest affidavit states.

Ellis and the victim reportedly got into an argument the day before, and the victim told police he believed Ellis was holding a grudge against him, deputies said.

The man told deputies he placed a Pepsi he was drinking on a counter before going to the restroom. When he came back and took a drink from the can, it tasted like bleach or cleaning supplies.

When deputies arrived at the store, video surveillance showed Ellis pouring bleach into the Pepsi can while the victim was in the bathroom. He also reportedly wiped the can off, walked away, and came back to spit in the drink, deputies said.

Ellis initially told deputies there was no argument between him and the victim and that he went behind the counter with "cleaning solution and spilled some in that general area," according to an arrest affidavit.

When confronted about the video footage, Ellis told deputies that he put some cleaning solution around the brim of the drink to get back at the victim for being difficult to work with, deputies said.

Ellis was booked into the Volusia County Jail.