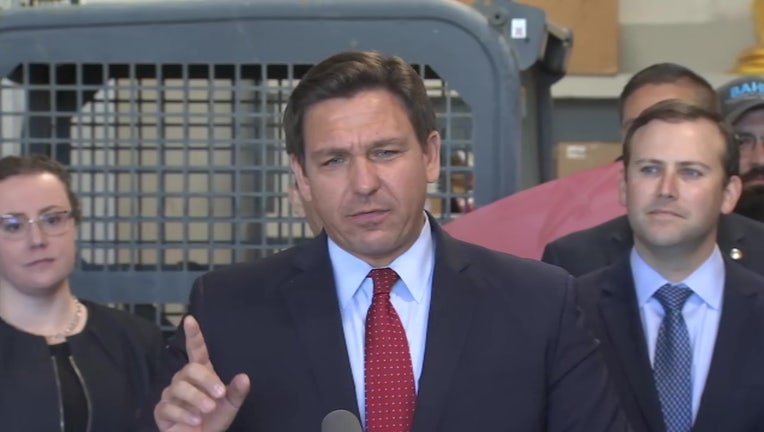 TALLAHASSEE, Fla. - Libertarian gubernatorial candidate Hector Roos on Monday asked the Florida Supreme Court to rule that Gov. Ron DeSantis overstepped his authority when he used state money to fly about 50 migrants from Texas to Martha’s Vineyard in Massachusetts.

In a 20-page filing, Roos also urged the Supreme Court to order DeSantis to stop transporting migrants from Texas. "Does the governor have the authority to operate a publicly funded immigrant rendition program out of Texas?" Roos’ petition to the Supreme Court said.

"Because the United States and Florida Constitutions do not provide a general grant of authority for a governor to exercise any power outside the state and no such authorization from Texas through a compact inviting the governor to act exists, last week’s official actions by respondent Governor Ron DeSantis has exceeded his lawful authority."

The two flights of about 50 migrants Wednesday from Texas to Massachusetts have drawn national attention. The flights left San Antonio, Texas, stopped in the Northwest Florida community of Crestview, and ultimately traveled to Massachusetts.

Florida lawmakers this year included $12 million in the state budget for migrant-relocation efforts, with the DeSantis administration using a portion of that money for last week’s flights. DeSantis, who has long criticized the Biden administration’s immigration policies, also said he expects more flights. He has contended that undocumented immigrants bring such things as illegal drugs into Florida.

"There's also going to be buses, and there will likely be more flights," DeSantis said Friday afternoon during an appearance at Embry-Riddle Aeronautical University in Daytona Beach. "But I'll tell you this, the Legislature gave me $12 million. We're going to spend every penny of that to make sure that we're protecting the people of the state of Florida."