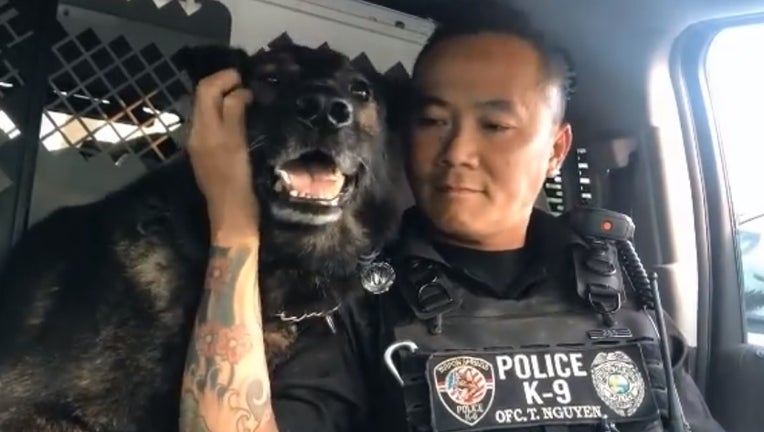 On Wednesday, the K-9 officer worked his final shift for the department before heading into retirement.

“Today is a bittersweet day for the members of the Tarpon Springs Police Department, as K9 Dobies (often referred to, lovingly, as "Erni") retired as a member of our agency,” the department wrote on Facebook. “K9 Dobies has faithfully served our agency and the citizens of Tarpon Springs for 7 years.”

During his years of service, Dobies has received numerous awards including 1st place overall ("Top Dog" award) in the country at the United States Police Canine Association trials in 2016. 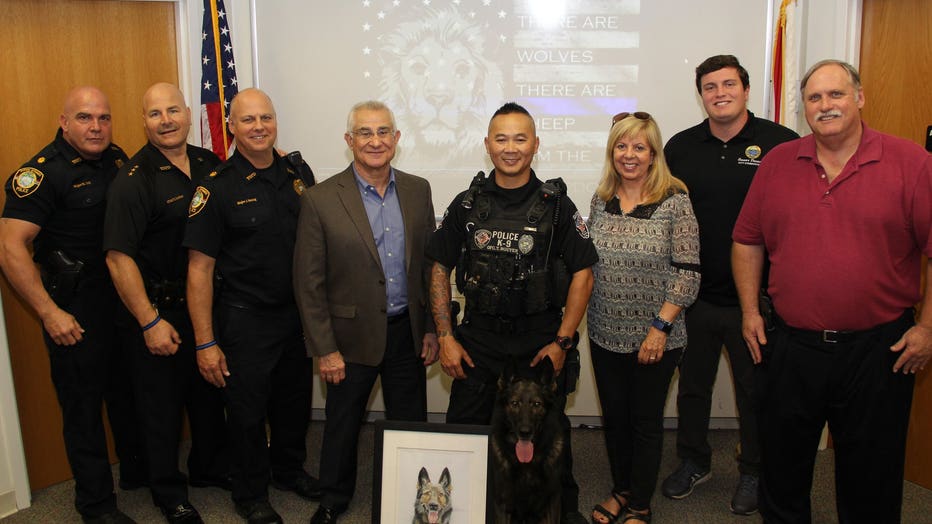 “He accumulated other awards over the past 4 years at USPCA Regionals and Nationals, even finishing 1st place for room searches, 1st place for vehicle searches, and 1st place overall at the regional competition in 2019.”

To give him a proper send-off (which just happened to fall on his birthday), his handler, Ofc. Tommy Nguyen, spoke on Dobies behalf over the radio for his final sign-off. The department also put together a heartwarming video montage showcasing Dobies service over the years. 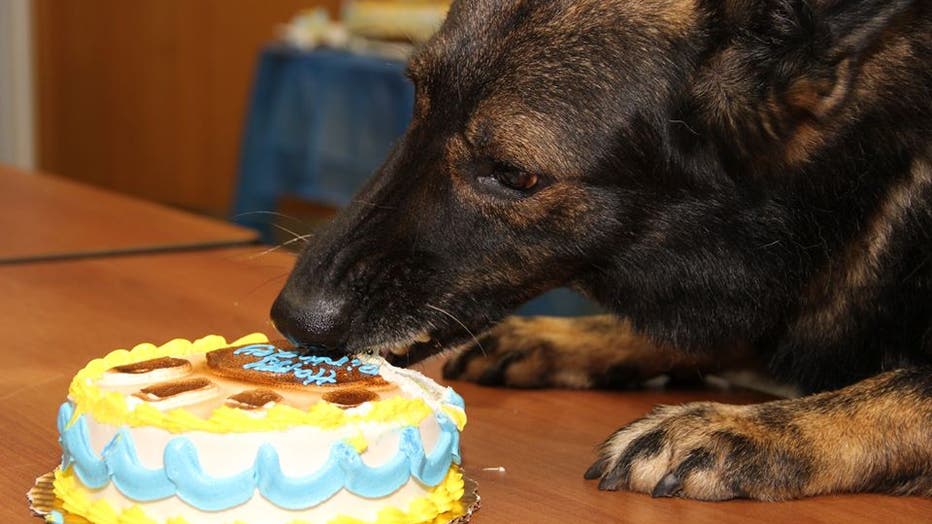 Dobie was then treated to a retirement ceremony and party where he received dog toys and indulged in his very own pet-friendly cake!

“When asked what he was planning on doing with his retirement days, he advised, ‘Bark..Barrkkk!’  We believe the proper translation of that is: ‘I'm just going to relax and am thinking about taking up fishing.’ Well, buddy, you deserve it!!! But we will miss you!!!”

Dobies will remain in the care of Ofc. Nguyen.