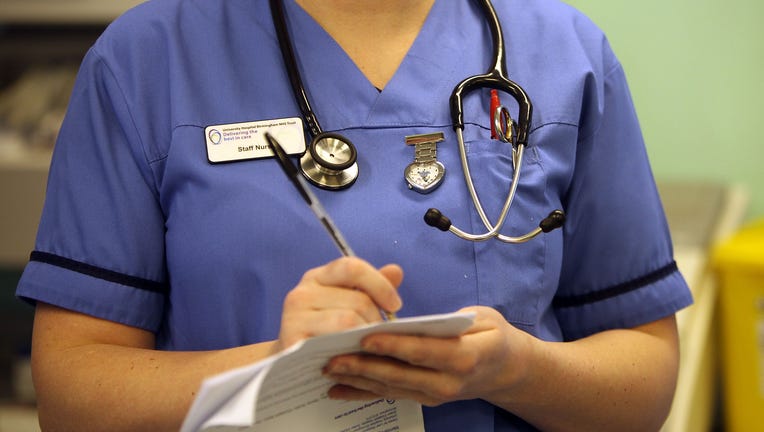 BIRMINGHAM, ENGLAND - MARCH 16: Nurses in the accident and emergency dept of Selly Oak Hospital work during a busy shift on March 16, 2010 in Birmingham, England. As the UK gears up for one of the most hotly contested general elections in recent hist

BOCA RATON, Fla. - A Florida nurse filed an equal opportunity complaint alleging her condo rental application was denied because her ICU job brings her in contact with novel coronavirus patients.

Jennifer Piraino said she submitted an application to rent a two-bedroom, two-bath condo at Boca View in Boca Raton where she planned to live with her boyfriend and 9-year-old-daughter. A few days later, she said the condo association called and told her to pick up the paperwork and the $100 money order for a background check.

When she asked why, she was told she was rejected “just with everything going on.” Piraino believes the company didn’t even run a background check on her.

“You can’t discriminate against people trying to help other people,” Piraino said. “They won’t take my calls or return my emails.”

Greta Tremmel owns the unit Piraino wants to rent. On Friday, Tremmel organized a picket line of about a dozen people outside the apartments. The Palm Beach Post reports they carried signs reading “ICU Hero Denied Housing” and “Shame on Boca View. Shame!!!!!”

Eileen Breitkreutz has lived in the complex for 17 years. She’s also an emergency room nurse at Bethesda Hospital East. She said the property manager phoned her last month and asked if she had tested positive for COVID-19.

“It’s none of their business,” she says she told him.

Eric Estebanez, the founder of the property management firm Pointe Management Group and condo association president Diana Kuka did not respond to requests for comment.

Piraino said her boyfriend is a civil engineer and that they both have good incomes. She said she can’t think of any other reason besides her hospital job that would raise concern.

Tremmel filed a complaint on behalf of herself and Piraino with the Office of Equal Opportunity of Palm Beach County.