A massive sinkhole in Gainesville has swallowed a family's pool and is now threatening half-a-dozen nearby homes.

GAINESVILLE, Fla. - A sinkhole the size of a movie theater is in the heart of Gainesville.

A family’s home is in jeopardy after their pool was sucked into the earth. Geologists said the sinkhole is growing each day and half a dozen nearby homes are in danger.

John Candiano said his two college boys were home when the first sign of trouble appeared in the backyard. He said that “If it had started underneath my house and my kids had been there – you know what I mean – who knows what would have happened." 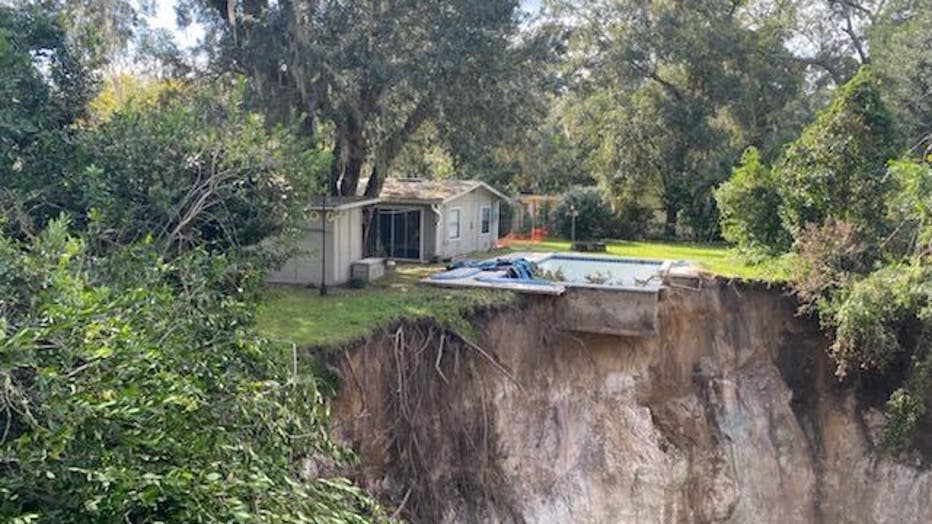 On Monday, his home swimming pool was teetering on the edge as debris fell deeper into the cavernous hole below. He explained that "the fire department drained the poll water the night before because they were afraid that with all that weight it would make it worse."

That night, the 35-foot by 16-foot pool was swallowed by the sinkhole. Candiano believes the house will go as well in the next couple of days. 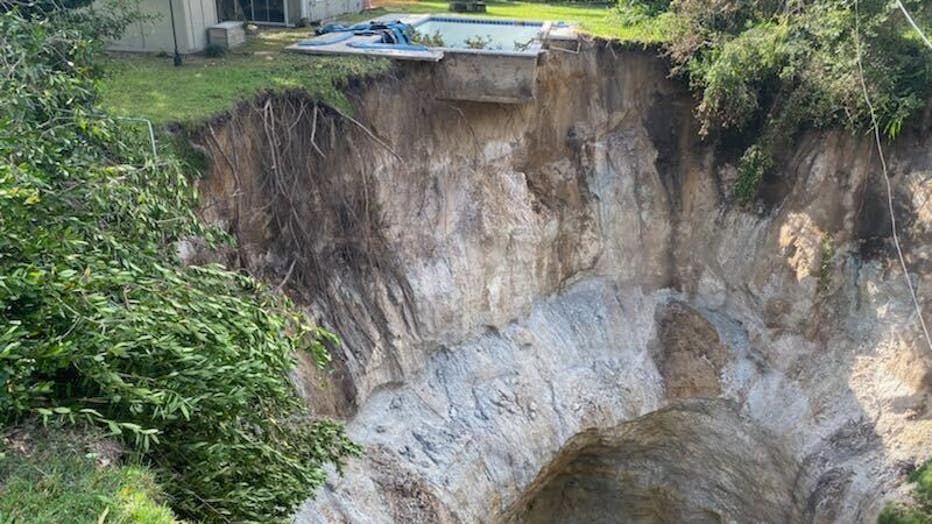 Just 2.5 miles from the University of Florida in a populated area of Northwest Gainesville, the house is now a total loss.

Even as the family tried to gather the last bit of their belongings, they said the ground erupted again.

“It sounded like an ocean with huge waves,” he said. “I saw the cavern just open up and suck everything out of there.” 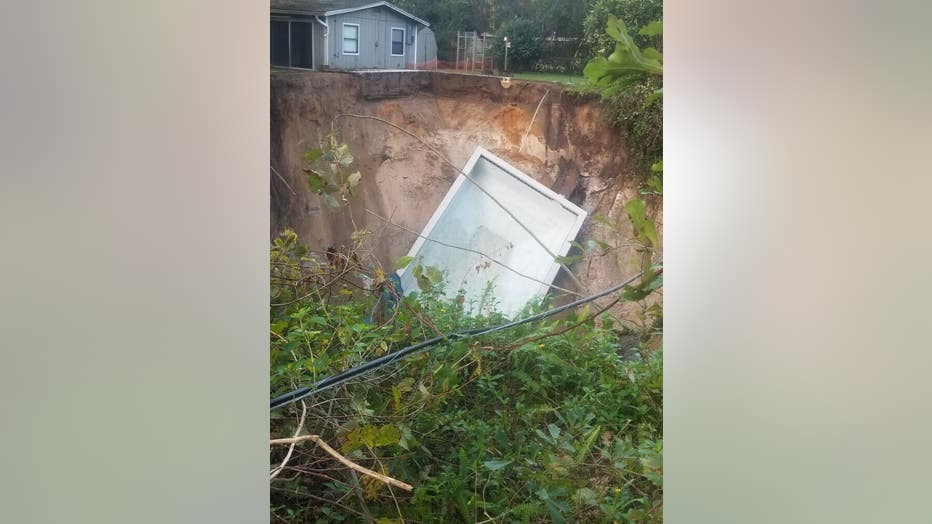 VIRAL NEWS: Full moon to shine on Halloween for the first time since 1944

Geologists with Alachua County call it a cover-collapse sinkhole because the underlying limestone dissolves overtime from acidic rain water and forms a cavern. Eventually, the clay holding it up gives out.

Experts said the sinkhole’s depth goes down into Florida’s natural aquifer. Geologist Ted Goodman said that its "about 75 feet in diameter and we’re estimating it’s at least 45 to 50 feet deep." 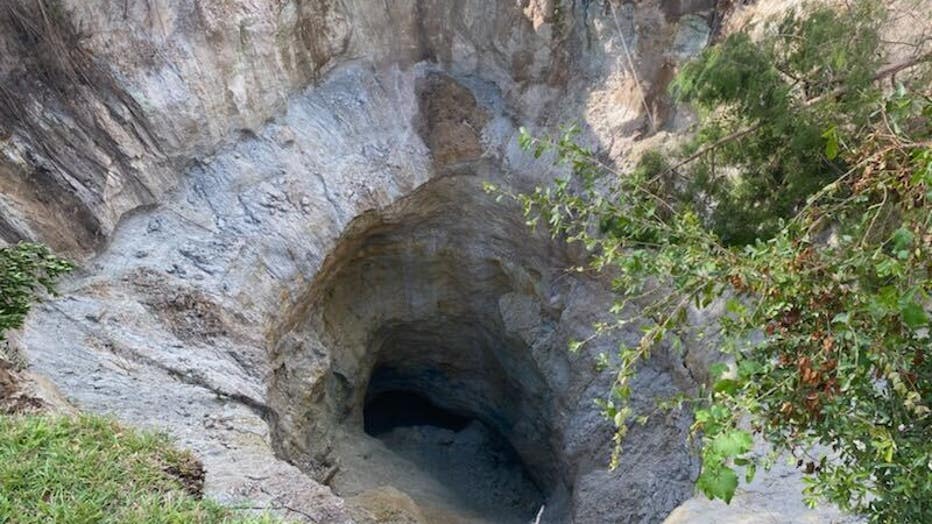 At times the water fills part of the hole and at any moment gets sucked back into the earth.

“You just don’t know when this thing is going to take off again,” Candiano said.

Gainesville police have had to block off some of the neighborhood streets near 13th place out of an abundance of caution.

“There’s no way anybody should be living there,” Candiano said. “No way.” 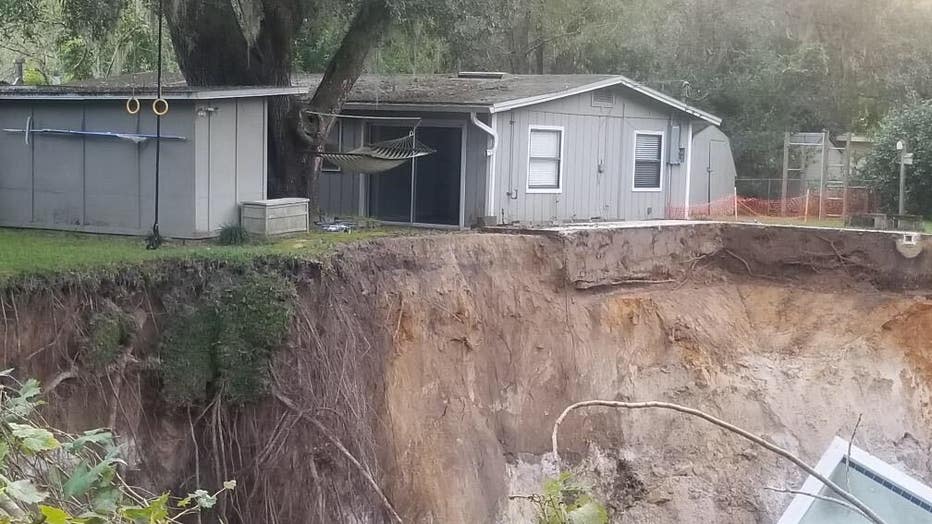 For now, his sons will continue their education online. The family said they are fortunate insurance will cover the loss and can all live in their primary home down in Fort Myers.