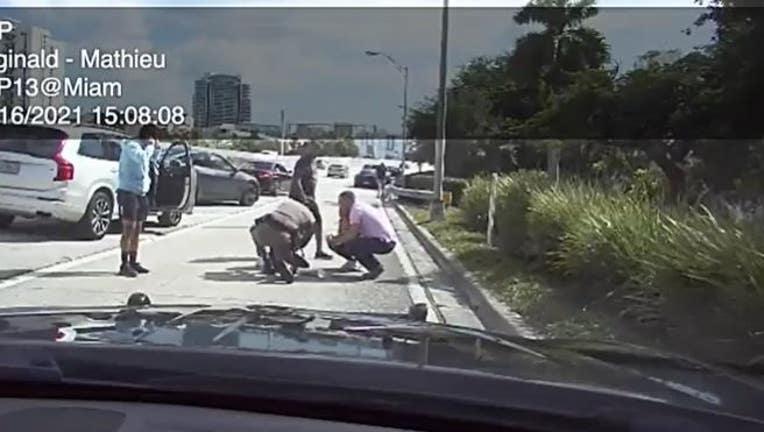 MIAMI, Fla. - Florida Highway Patrol (FHP) in Miami is praising one of its own for being a hero.

In a tweet, FHP Miami said Trooper Mathieu recently responded to an emergency involving a 1-year-old who was unresponsive on Interstate 95.

The tweet said, "Trooper Mathieu's first aid training immediately kicked in as he jumped into action, performing a series of back blows until the toddler regained consciousness!"