A Florida firefighter has been arrested after photographs and video surfaced which appear to show him participating in last week's violent riot at the U.S. Capitol Building in Washington, D.C.

LAKE MARY, Fla. - A Florida firefighter has been arrested after photographs and video surfaced which appear to show him participating in last week's violent riot at the U.S. Capitol Building in Washington, D.C.

Andrew James Williams is charged with disorderly conduct and unlawful entry. He has been placed on leave without pay, according to the Sanford Fire Department, and an internal administrative investigation has been suspended pending the conclusion of the federal criminal investigation.  Williams is a four-year veteran of the fire department.

"We hold the men and women in this department to the highest standards. It saddens me that the actions of one individual have tarnished the hard work and dedication that the rest of the department puts forth on a daily basis," said Sanford Fire Chief Craig Radzak. "Our investigation will continue in conjunction with the current federal criminal investigation.  As is policy with any type of policy violation, including a criminal violation, an internal administrative process must be followed in order to ensure a thorough investigation with a just conclusion. I ask for the public’s patience as we move through this process."

"The IAFF stands firmly against the violence at the US Capitol.  There is no place for attacks against the institutional foundations of our nation such as those on January 6.  These are serious allegations that are, and will continue to be, under investigation by the proper civil and administrative authorities."

Dozens were injured and five died as a result of the extremist riot by supporters of President Donald Trump that attempted to disrupt Congressional proceedings to confirm the election of President-elect Joe Biden. 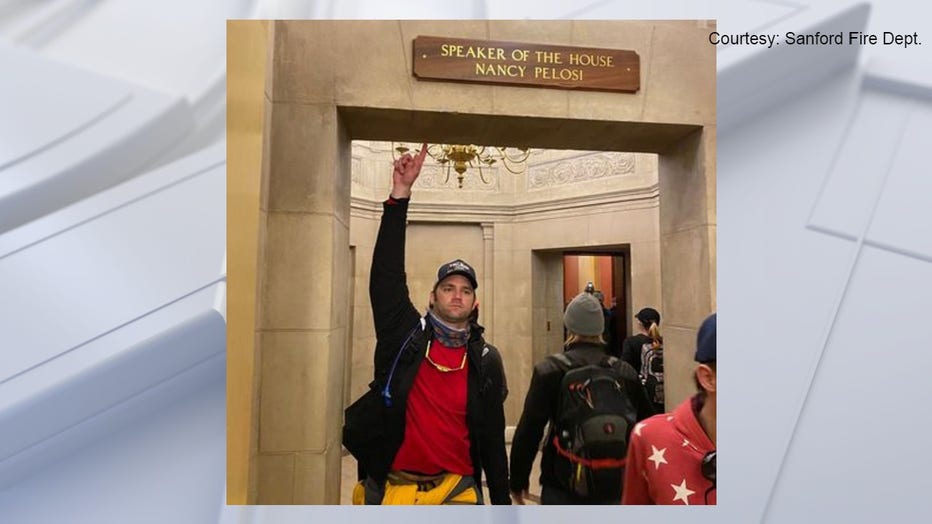 The FBI and federal prosecutors provided an update Tuesday on their ongoing effort to find and charge individuals who participated in the riot saying they expect hundreds of criminal cases to be filed in what will likely be a lengthy investigation.

The FBI has already opened more than 170 case files in the Jan. 6 incident.  Federal prosecutors are considering charges ranging from trespassing and disorderly conduct to sedition, conspiracy, and felony murder.  Many arrests so far have been misdemeanor charges which are effectively placeholder counts that could be upgraded, officials said. 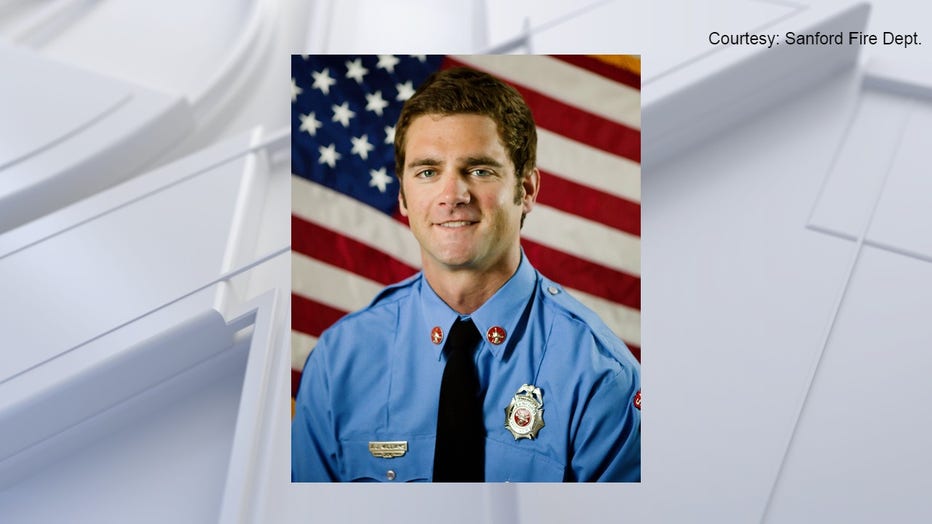 A Capitol Police officer was fatally injured during the alleged insurrection.  Brian Sicknick, 42, a member of the department's First Responder's Unit who joined the force in July 2008.  Police say Sicknick's death was one of five tied to the protests.

Benjamin Phillips, 50, of Pennsylvania; Rosanne Boylan, 34, of Georgia; and Kevin Greeson, 55, of Alabama, died after suffering "medical emergencies" related to the breach, law enforcement officials said during a news conference on Thursday.

The other deceased person – identified as Air Force veteran Ashli Babbitt of California – was fatally shot by police during the riots.