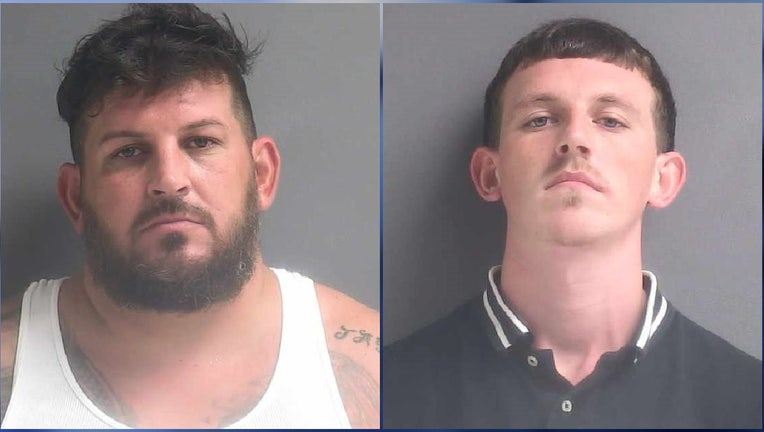 VOLUSIA COUNTY, Fla. - A Florida father and son accused of brutally beating a man unconscious at a wedding reception were arrested by Daytona Beach police late Friday night, according to the Volusia County Sheriff's Office.

Authorities said Joel O'Grady, 38, and Julian Falkinburg, 21, both of Sanford, were wanted on charges of aggravated battery for reportedly beating up 36-year-old Tyler Kaltenbach during a fight at the Granville Farms wedding venue in Lake Helen on Saturday, Sept. 3.

According to a 911 call, Kaltenbach was found clinging to life on the ground.

A Florida father and son are accused of severely beating a man at a wedding reception in Lake Helen.

This could have easily been a murder," Volusia County Sheriff Mike Chitwood said. "Somebody could have ended up with significant brain damage. We hear about these things all the time."

Kaltenbach has a long road to recovery and will have to undergo face reconstructive surgery, Sara Howeller, his family's attorney, said.