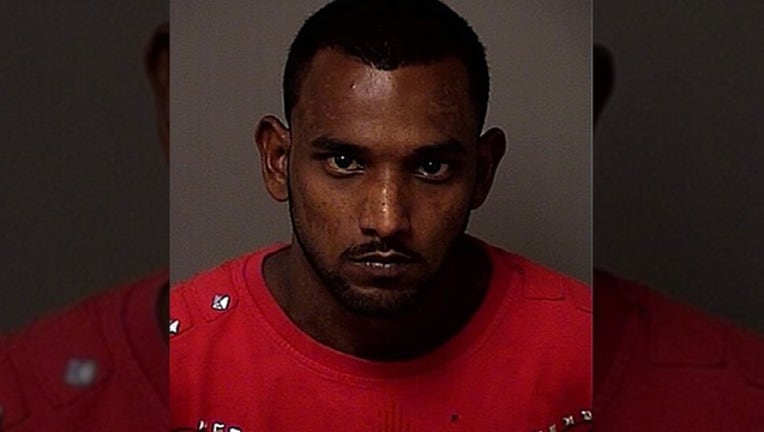 KISSIMMEE, Fla. (FOX 35 ORLANDO) - Authorities say a Florida man fled on foot the scene of a crash that killed a young woman who was his passenger.

Florida Highway Patrol's spokeswoman Kim Montes said in a Sunday news release the driver was traveling on a road south of Kissimmee when he lost control and collided with a sign off the road before striking a tree.

The victim was identified as 26-year-old Ashley Ramnarine. She was wearing a seat belt, according to the release. The driver, 26-year-old Kabir Richard Ramnarine, was arrested Sunday night at an Apollo Inn in Kissimmee. He was booked into the Osceola County jail on no bond.

The relationship between the victim and driver is still being investigated.