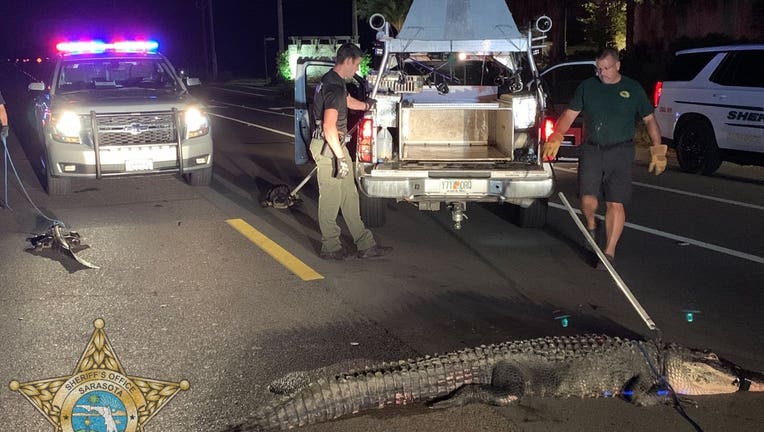 SARASOTA COUNTY, Fla. - It's not unusual in Florida to come across an alligator that is out and about – but what about three gators at once?!

That's what happened in Nokomis, Florida this week.

Deputies with the Sarasota County Sheriff's Office recently came across an alligator trio all in the same spot on Knights Trail Road.

"What are the chances of meeting not one…not two…but THREE #alligators in the same spot?! Yes, you read that correctly!" the sheriff's office wrote on Facebook.

A photo posted on Facebook shows the three alligators being ‘arrested’ and surrounded by sheriff's office vehicles.

A trapper was called, and the gators were safely relocated, the sheriff's office said.

According to Florida Fish and Wildlife, alligator mating season is underway, which means alligators are active and more visible during the months of May and June.