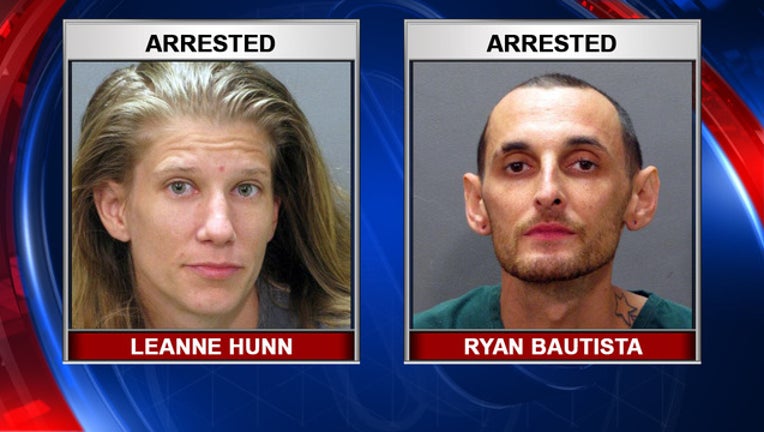 JACKSONVILLE (FOX 13) - A man and woman were arrested after officials say they prolonged a standoff with police in order to have sex.

Police told the Florida Times Union that they responded Wednesday night to a Jacksonville mobile home in search of 34-year-old Ryan Patrick Bautista, who was wanted on several warrants. Bautista and 30-year-old Leanne Hunn were holed up in the mobile home, leading to a standoff.

Police say they tried to make contact with the people inside for about 45 minutes. At one point, Hunn told police over the phone that she would give up, but that she wanted to have sex with Bautista "one last time."

Bautista and Hunn were arrested after SWAT team negotiators arrived. Both were charged with resisting arrest and false imprisonment.

Hunn has since bonded out but Bautista remains in jail.