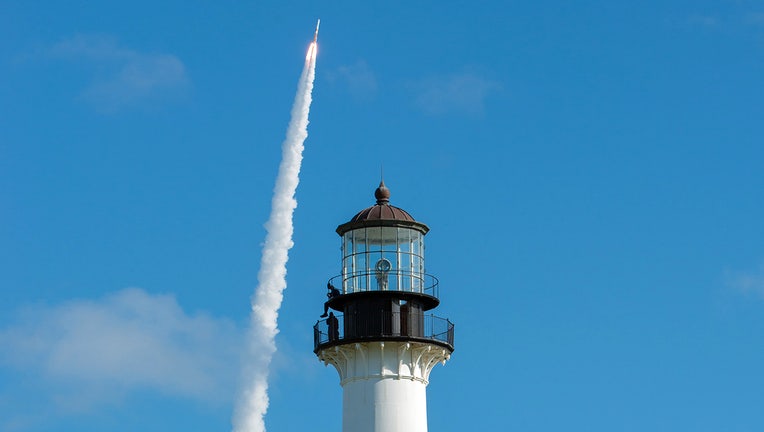 TALLAHASSEE, Fla. - Florida’s aerospace agency has launched a new front in its effort to make the Sunshine State more enticing as a potential player in the nation’s up-and-coming Space Force.

The Space Florida Board of Directors on Thursday approved $200,000 for Satellite Beach-based GTOPS, Inc., a veteran-owned business that provides facilities-support services, to further showcase how military bases and businesses in the state are capable of training and equipping President Donald Trump’s new military branch.

“If you can't make the articulate arguments for what capabilities you've got to support missions, you’ll never get those mission assignments,” Space Florida President and CEO Frank DiBello said after Thursday’s meeting in Tallahassee.

Florida officials have often pointed to Gov. Ron DeSantis’ political ties to Trump as they lobby for the new branch, which is expected to be moved from the Department of the Air Force to having its own representation on the Joint Chiefs of Staff in the Pentagon in October. The move is expected to kick-off a five-year phase-in.

Space Florida officials maintain that luring the combatant command or the components that will make up the bulk of the Space Force will require showing that many of the new agency’s functions already exist in some manner at Cape Canaveral and military bases across the state.

“There's a political element to everything, but you aren't going to see something as critical as space combat be placed in Idaho simply because the president likes somebody in Idaho,” DiBello maintained. “It's going to have to be done because there's a strategic reason to put that mission element in Idaho.”

Florida already has the aerospace infrastructure needed to quickly support the high-tech missions that will be the focus of Space Force, according to DiBello and other Space Florida officials, such as Lt. Gov. Jeanette Nunez.

“I go up to D.C. pretty frequently to talk about this and other issues,” said Nunez, who also serves as the chairwoman of the Space Florida board. “The governor has made it very clear that he is going to continue to push on that. So, we're really engaged.”

Florida is competing with other states for the command headquarters, which will have an initial job of protecting satellites and other hardware already in space and carries the prospect of new jobs and a boost to the state and local economies. Trump has asked Congress for $8 billion during the phase-in period for the new agency.

“We’ll see what ends up happening with that,” DeSantis said of the state's recruitment efforts, during a Friday event in Jacksonville.

The governor was in Jacksonville to announce that Made in Space, which develops space-manufacturing technology for commercial use, is relocating its corporate headquarters from California to Northeast Florida.

DeSantis has been pitching Trump on Florida for the Space Force command for nearly a year. The Republican governor has tied the new military branch to the space industry around Cape Canaveral, which has seen a slow resurgence as private companies --- spurred by a space race among billionaires --- look to reduce costs by manufacturing launch vehicles close to launch pads.

“We want to be able to arm our governor and our federal delegation with the tools that they need to make the arguments as to why Florida makes sense for these mission assignments,” DiBello said Thursday.

But the Schriever facility is not considered the permanent location for the headquarters, and several states --- including California, Alabama, Louisiana, Virginia and Texas --- are also vying for the field headquarters.