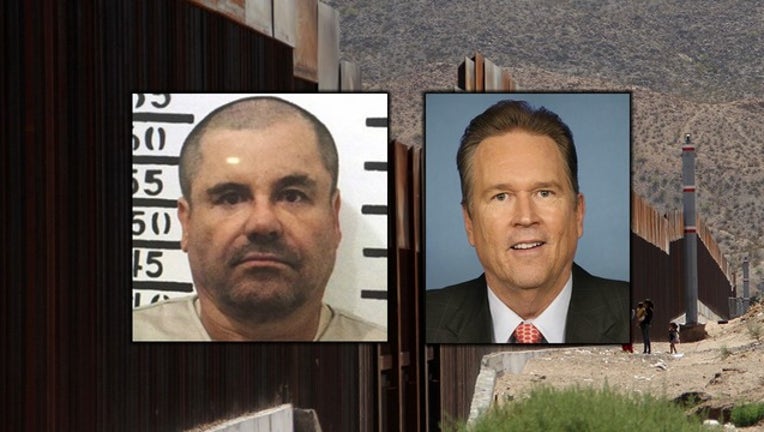 BRADENTON, Fla. (FOX 35 ORLANDO) - A Florida congressman is suggesting that we use El Chapo's fortune to build a wall along the U.S.- Mexico border.

Mexican drug kingpin Joaquin 'El Chapo' Guzman was sentenced to life behind bars on Wednesday. U.S. officials have estimated Guzman's fortune at $14 billion and a judge ordered him to pay $12.6 billion as part of his U.S. life sentence. That was money his drug-trafficking organization made distributing drugs in the United States.

Rep. Vern Buchanan (R-FL) suggested in a Bradenton Herald op-ed that Congress use this money to "help stow the flow of drugs and violence into our neighborhoods and give President Trump another tool to build the wall."

He goes on to state that "Let's make the El Chapo Act law by passing it and getting to President Trump's desk. Build the wall!"

The 'El Chapo Act,' also known as H.R. 2186, suggests that the forfeited profits of Guzman's illicit drug trafficking enterprise be reserved for border security measures between the United States and Mexico, including the completion of a wall.

Mexico's president however is fighting for Guzman's fortune, stating that he will use legal channels to try to get the money returned to Mexico. He claims that the money is Mexican and would be used for anti-proverty programs.