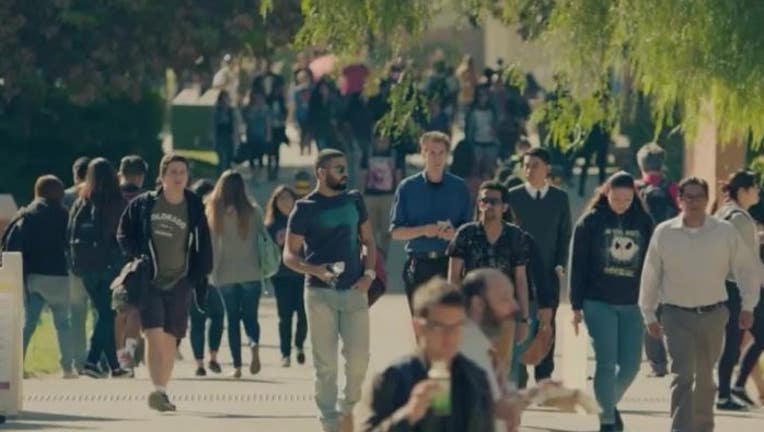 FOX NEWS - A new proposal in Florida would allow a student to record their college professors' lectures in order to use the information as evidence of political bias.

According to the bill, students would be permitted to conduct "free-speech activities", including "all forms of peaceful assembly, protests, and speeches; distributing literature; carrying signs; circulating petitions; faculty research, lectures, writings, and commentary, whether published or unpublished; and the recording and publication, including the Internet publication, of video or audio recorded in outdoor areas of campus."

"The State Board of Education may not shield students, faculty, or staff at Florida College System institutions from free speech protected under the First Amendment to the United States Constitution," the text of the bill adds.

The legislation specificies that the audio and video recordings are for students' "own personal educational use, in connection with a complaint to the public institution of higher education where the recording was made, or as evidence in, or in preparation for, a criminal or civil proceeding."

The lecture recording is prohibited from being published publicly without the consent of the professor.

The move is aimed at protecting" intellectual freedom and viewpoint diversity," defined as the "exposure of students, faculty, and staff to, and the encouragement of their exploration of, a variety of ideological and political perspectives."

Under the legislation, all 40 state-funded colleges in the Sunshine State would also be required to each conduct an "annual assessment of the intellectual freedom and viewpoint diversity" at their indiviudal institution.

Florida's Board of Education would create a "objective, nonpartisan, and statistically valid survey" that considers "the extent of which competing ideas and perspectives are presented and members of the college community, including students, faculty, and staff, feel free to express their beliefs and viewpoints on campus and in the classroom."

Beginning September 1, 2022, the results would be compiled and published annually by the Florida Board of Education.

In addition, colleges and universities would be required to establish a code of conduct, including appropriate penalites for violations of rules or regulations by student organizations that would the be published on their website.

Colleges and universities who discipline a student for violating the code of conduct must give written notice within 7 business days that includes allegations being investigatied, the citation to the specific provision of the code of conduct at issue, the process being used to determine whether a violation has occurred, and the date, time and location of the disciplinary hearing.

At least five days prior to the disciplinary hearing, each student must also be provided with:

"Freedom of speech is an unalienable right, despite what Marxist professors and students think," Republican Congressman Spencer Roach, the author of the bill, tweeted following the proposal's passage in the Florida Senate earlier this month.

According to the Foundation for Individual Rights in Education, a group that promotes free speech on campuses, nine public universities in Florida have policies that limit protected expression or can be interpreted to restrict expression.

For example, it said the University of Central Florida has a harassment policy against "offensive" actions toward particular people, but it does not specify what acts are considered "offensive."

"It’s very upsetting that the silent conservative has to exist on a campus," said Stephanie Torres, the chairwoman of the Florida Federation of College Republicans told the Associated Press. She hopes the bill can help create civil discussion about free speech on Florida’s campuses.

"It’s great to have the information about how students feel but there’s a danger that it could be used as a tool or a weapon basically by state lawmakers to withhold appropriations," said Clay Calvert, a law professor and director of the University of Florida’s First Amendment Project. Calvert said lawmakers might move to cut funding for different universities based on the survey’s findings.

At a hearing last month, Sen. Tina Polsky, a Democrat, questioned whether hate groups such as Nazis or the Ku Klux Klan would be able to enter a campus under the legislation.

"You just can’t practice in absolutes and say that every single person is welcome on campus, because they’re not," Polsky told AP. "This is meant to be a safe place for students."