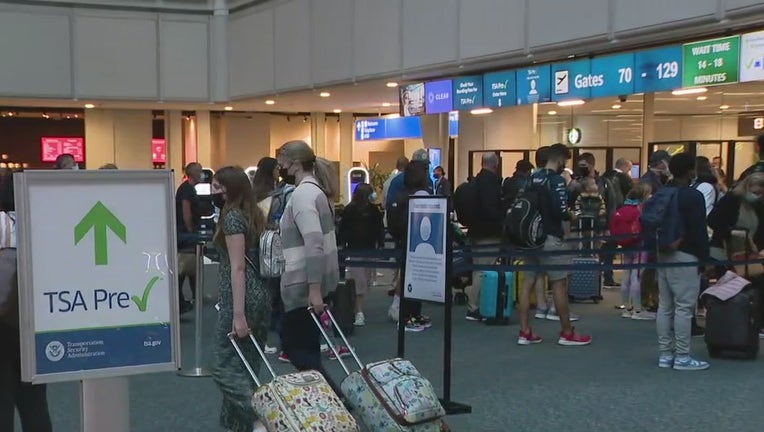 LOS ANGELES - Major airline companies in the U.S. continue to cancel flights following the holiday season due to staffing shortages caused by the COVID-19 omicron variant.

By late morning of Jan. 4 on the East Coast, airlines had scrubbed more than 1,200 flights for the day. That’s a very high number but not compared with Jan. 3’s disruptions, which included more than 3,200 canceled flights. Southwest Airlines had canceled more than 300 flights, or 10% of its schedule for the day. The number of canceled flights began rising Dec. 24, and several airlines blamed it on crew shortages due to the spreading omicron variant of COVID-19.

Traveling can be a headache even excluding COVID-19, and getting your flight canceled in the midst of a global health crisis can be chaotic and overwhelming. Here are ways to get your money back.

How to get refunded if your flight is canceled

While a canceled flight is the last thing anyone traveling during the holiday season wants to hear, there is a silver lining: Department of Transportation (DOT) regulations guarantee you a refund.

"A passenger is entitled to a refund if the airline canceled a flight, regardless of the reason, and the passenger chooses not to travel," the DOT website explains.

A passenger is also entitled to a refund if the airline makes a significant schedule change or significant delays in the flight and the passenger chooses not the travel, according to the DOT.

Long lines were reported at Fort Lauderdale-Hollywood (FLL) airport in Florida on Sunday, January 2, as flight disruption tied to the coronavirus pandemic continued into the New Year. (Credit: Marisa Billions via Storyful)

However, because of heavy holiday traffic, getting your refund doesn’t necessarily mean you’ll be able to book another flight for the same price. You may be forced to scramble for a more expensive ticket last minute.

What caused this travel nightmare?

Airlines were prohibited from furloughing employees as a condition of receiving $54 billion in federal pandemic aid from taxpayers. But that didn't stop them from encouraging tens of thousands of workers to quit or take long-term leaves of absence after the pandemic torpedoed travel in 2020.

Airlines that got caught with shortages of pilots, flight attendants and other workers last summer and fall — think Southwest, American, Spirit and Allegiant — thought they had time to beef up for the winter holidays. They went on hiring sprees.

That wasn't enough, though, when the highly contagious omicron variant of COVID-19 struck, knocking out flight crews just as holiday crowds began to pack airports. United and Delta were among the first to get hit just before Christmas, blaming canceled flights on a lack of crew members because of the surging virus.

Then storms packing snow and high winds lashed the Pacific Northwest, the Rockies, the Midwest and finally the mid-Atlantic region, creating waves of cancellations that resembled dominoes falling.

The global spread of omicron meant that widespread flight cancellations weren't limited to the U.S. Airlines in Europe and Australia reported similar problems with crew shortages.