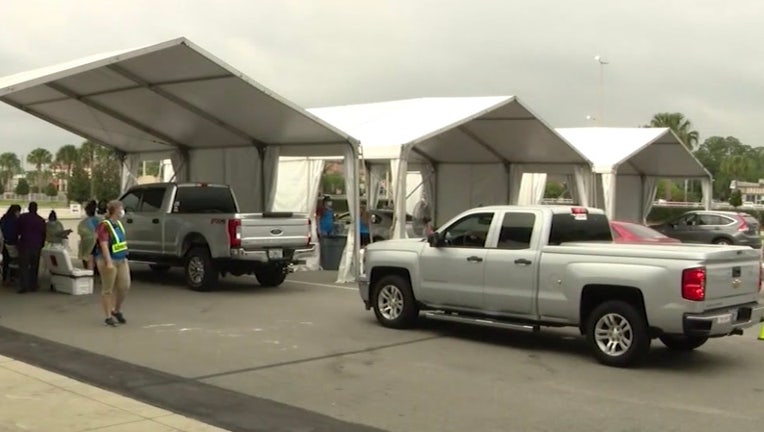 FLAGLER COUNTY, Fla. - Several new coronavirus testing sites are opening this week in Florida, including one in Flagler County.

AdventHealth's new site opening Tuesday is at the Palm Coast campus of the Daytona State College.

Limited tests are available, so they're starting with first responders and healthcare workers and then they'll open up testing to others.

Flagler County has several testing locations available at Centra Care and MediQuick Urgent Car Centers. A new drive-through site opened at the Daytona International Speedway last week and they plan to open up more testing sites this week in Orange and Seminole counties.

RELATED: Orange County urged to remain vigilant despite 'flattening of the curve'

The testing site at the Orange County Convention Center is now being run by the state. At the governor's direction, they can provide up to 400 tests per day and have loosened some of the criteria in order to get tested.

Patients no longer need a fever. You only need respiratory systems to be tested or fall into a category with no symptoms, healthcare worker, or first responder.

The Florida Department of Health said that they'll open five new sites with 250 to 300 tests a day at each site. Sites have not been announced yet, but they are targeting those with the high number of cases on the county's heat map.

Some sites could open as early as this weekend.