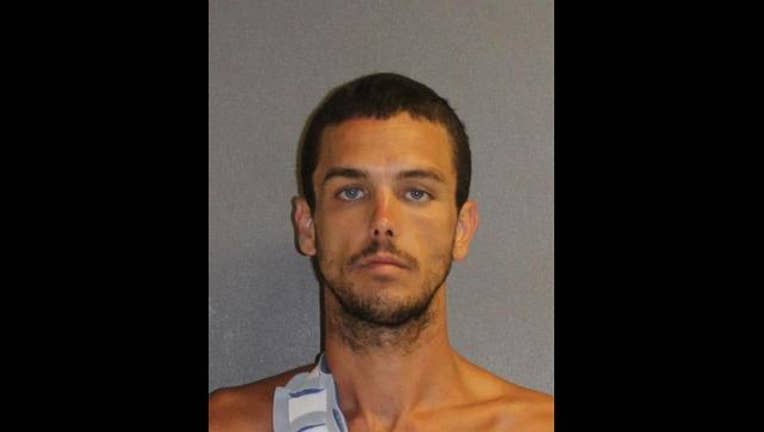 ORMOND BEACH, Fla. (FOX WOFL) - The Flagler County Sheriff's Office, along with the Ormond Beach Police Department arrested a man for crashing into a deputy's vehicle, and then fleeing the scene.

They say they attempted a felony traffic stop on 25-year-old Richard Westerfelt on Monday night in Ormond Beach.

However, Westerfelt reportedly fled and crashed into an unmarked deputy's vehicle. No one was injured, but Westerfelt continued to flee on U.S. 1.

After a short pursuit, Ormond Beach Police caught and arrested him. He's currently booked in the Volusia County Jail.

Westerfelt was wanted on a Flagler County warrant for bond revocation for fleeing and attempting to elude law enforcement, unlawful possession of a controlled substance, possession of hydrocodone, possession of cannabis less than 20 grams, possession of drug paraphernalia, and knowingly operating a vehicle with a suspended license.

In addition to the warrant, Ormond Beach Police have charged Westerfelt with fleeing and attempting to elude law enforcement, leaving the scene of an accident, and knowingly operating a vehicle with a suspended license.

“These dirt bags continue to test our resolve,” Sheriff Rick Staly said. “It was a well-executed apprehension and I thank the Ormond Beach Police Department and the Volusia County Sheriff's Office for their assistance. He is back at the Green Roof Inn where he belongs.”