Two parents in Flagler County were charged with multiple counts of child neglect after their 14-year-old daughter made a "desperate call for help" on Halloween due to her living conditions, according to officials. Now a community is rallying to help find a home for the displaced teenager and her siblings.

BUNNELL, Fla. - The congregation of the Community Baptist Church in Bunnell is rallying around five children who are in desperate need right now.

The children, ages 9 through14, were removed from their homes over the weekend. The children’s parents Dennis and Betty Allen were arrested and charged with five counts of neglect after Flagler County sheriff’s deputies found their home unfit for the children. The kids are now in the custody of the Florida Department of Children and Families (DCF) and could possibly be split up if they go into the foster care system.

When members of the church learned that could be a possibility, they decided to find a way to keep the kids as close as possible. Several church families now say they are willing to take one or more of the kids to keep them in, what is likely, the only stable environment they know.

Melissa Akins, a mother of five and the director of the children’s ministry, says she would be able to foster two of the Allen children. Three other families would take one child each if DCF allows. 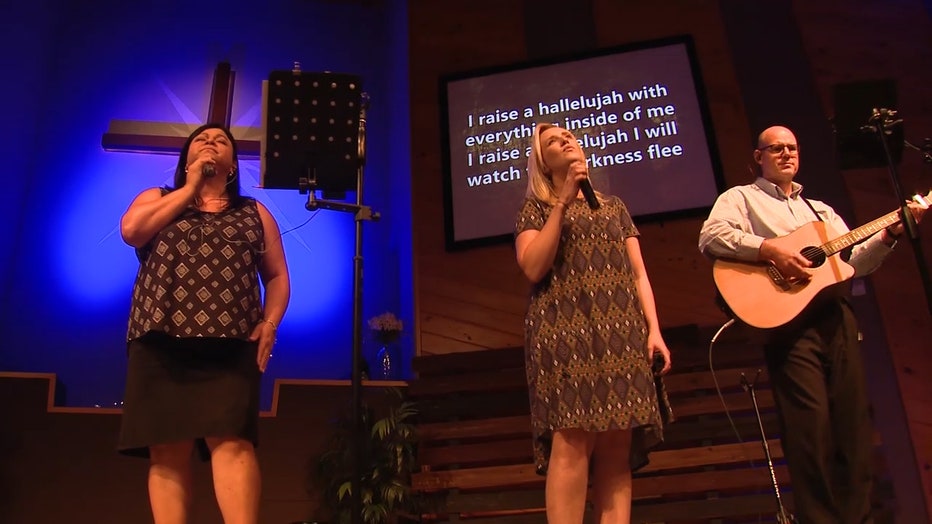 “God has opened up a new ministry right here in our community,” said Lead Pastor Cliff Smith, who is happy to see his congregation step up to serve others in need. “That is the philosophy of our church, and this is God saying,  'Ok, I got another thing for you,' and our people with no prompting from me have just stepped up and said this is what we need to do.”

There is no word yet on when DCF will make their decision on the children’s living situation. In the meantime, Pastor Smith said the Flagler County Sheriff’s Office and DCF have turned over the collection of donations of clothing and money for the children, to the church. You can go to the Community Baptist Church's website, find the “GIVE” tab, then the “GENERAL BUDGET” dropdown and click on “ALLEN KIDS.”