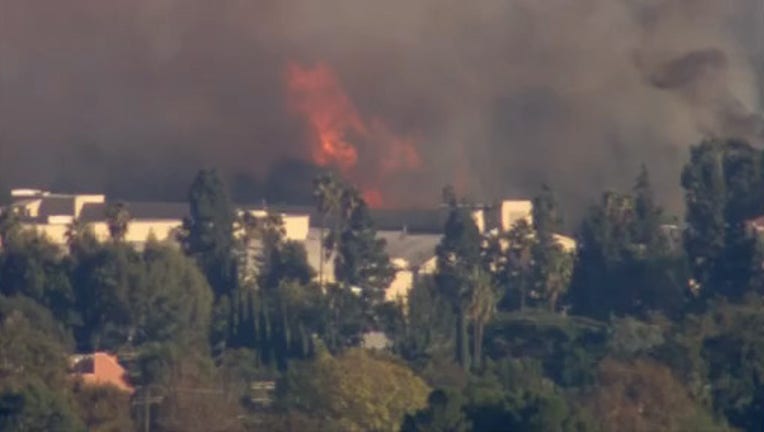 HOLLYWOOD, Calif. - Firefighters gained the upper hand on a brush fire that sparked Saturday afternoon in the Hollywood Hills.

Firefighters will continue to work through the night and on Monday to achieve full containment, said Los Angeles Fire Department spokesman Nicholas Prange.

The 'Barham Fire' broke out just before 2 p.m. in the area of Barham Blvd and Forest Lawn Dr.

236 LAFD air and ground crews reponded and actively battled the flame. The fire was burning close to the Warner Bros. Studios and Universal Studios, however no structures were threatened and no evacuation orders were issued.

Fire department officials said people that were living close to the fire and being affected by the smoke were encouraged to shelter in place.

One male firefighter sustained a non-life threatening injury to his arm and leg during the fire fight.

No injuries or structure damage have been reported.

The cause of the fire is currently under investigation.