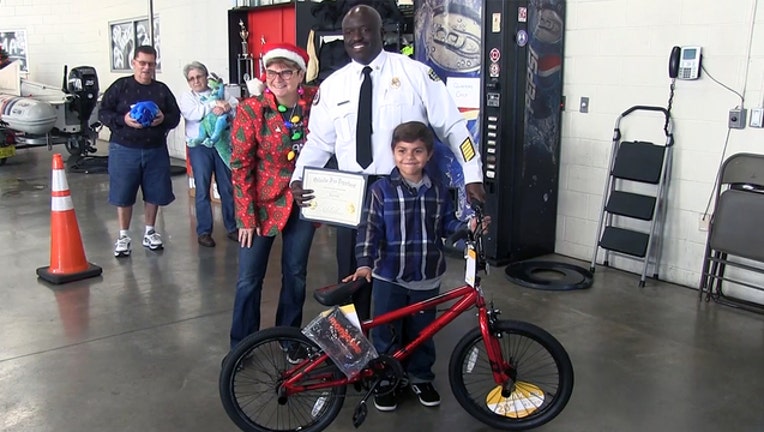 Image courtesy of the Orlando Sentinel.

ORLANDO, Fla. (AP) - Firefighters gave a 7-year-old Florida boy a brand new bicycle as a reward for calmly calling 911 when he found his mom "unresponsive" on the floor of their Orlando apartment.

Xavier thought he was going to the fire department Tuesday for a tour of the station as part of the annual Wheels for Kids drive. He didn't know one of the new bicycles was for him.

Xavier is thrilled with his new bike and plans to donate his old one.