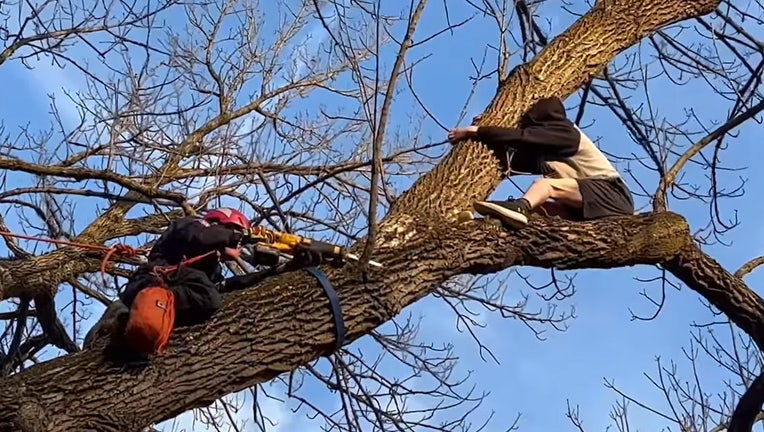 INDIANAPOLIS - A teenager who scaled a tall tree at an Indianapolis park to rescue a cat he spotted high up in the branches ended up stuck himself and in need of a rescue, officials said.

The 17-year-old boy was at Holliday Park on Indianapolis' north side Saturday afternoon when he saw the cat and decided to rescue it by climbing 35 feet into the tree, the Indianapolis Fire Department said.

The teen, identified in the release only as "Owen," told firefighters "he was trying to do a good deed and bring the cat to safety," wrote Rita Reith, battalion chief and the department's spokeswoman.

"While Owen had no trouble climbing up the tree – his positioning did not allow the same ease for getting down," she added. 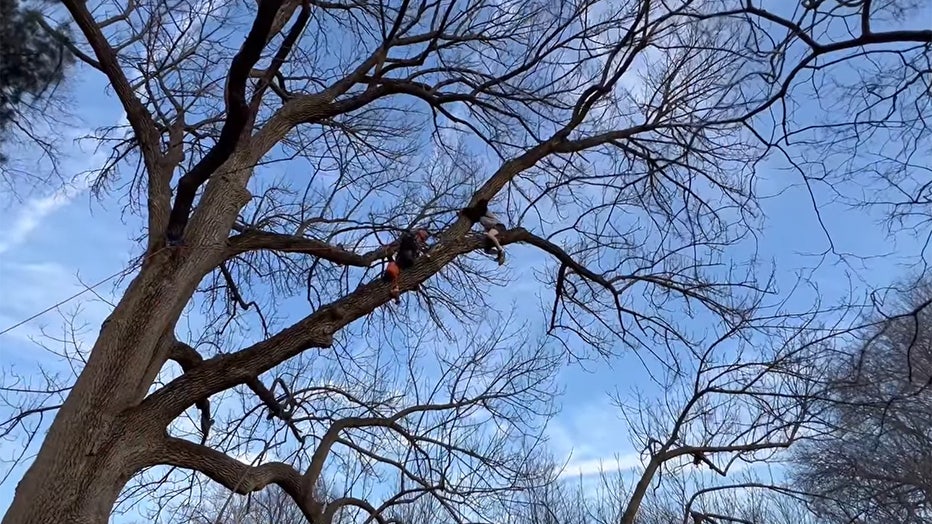 Firefighting crews were called to the park and they used a rope system to lower the boy safely to the ground about two hours later.

Crews were unable to simply utilize an aerial ladder due to the ground being too soft to hold the weight of the truck without it getting stuck.

The teen was checked out by medics, found to have only a few scrapes, and was released to his parents, although the cat remained in the tree.

"The cat seemed to enjoy the commotion but made no effort to climb down the tree," Reith wrote. 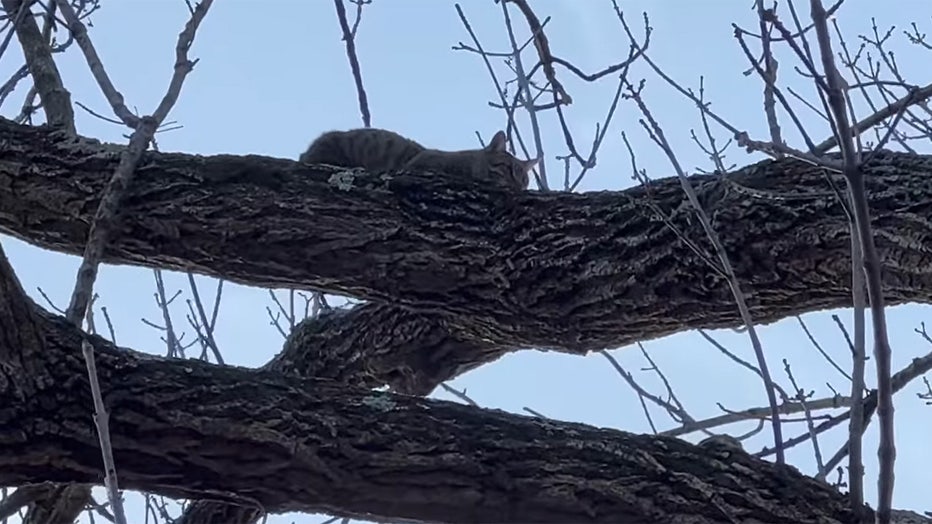 Reith said Monday that a 21-year-old woman who was the cat's owner ended up hiring a private company to retrieve the feline.  She had been upset that firefighters didn't rescue the cat while they were up in the tree to help the boy down.